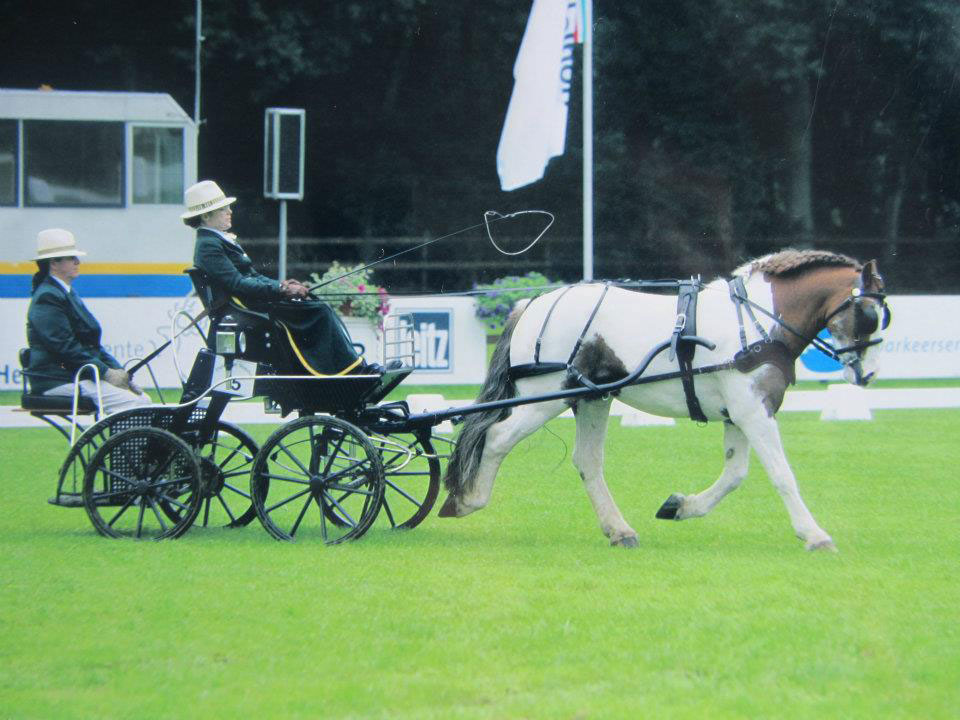 After spending my teenage years working in riding schools and livery yards in exchange for rides, I started an equine studies course in Enniskillen after my Leaving Cert.

On 30th October 2000, 10 weeks after my eighteenth birthday, I suffered fractures to three vertebrae and what is termed a “complete spinal cord injury at T5”, in a fall just six weeks into the course. The aftermath in terms of my entire life was nothing short of devastating.

I spent 10 months in hospital, every plan I had made was in doubt and I had absolutely no idea what I was going to do with my life. I wanted to try riding again, thinking maybe I could do para dressage, however because of the high level of my injury, which essentially means no functional abdominal and lower back muscles, my balance wasn’t good enough for anything faster than walk and even at that I needed someone either side to catch me if I lost my balance. (I have since walked along a beach in Australia using a stock saddle on a semi-retired very quiet horse which was lovely so I do plan on getting up again!)

When one of the volunteers, who had driven herself (and who still drives with me when I’m training), suggested I try driving, I did and immediately realised that with driving I could do things I couldn’t now do riding – trot, canter, hack out, things I really missed.
I switched to driving with the RDA driving group, and six weeks later met Sarah Mullins who offered me the opportunity to drive her very experienced Welsh Cob stallion Lliedi Rhyflewr, aka Ianto, with a view to driving at the 2004 world championships in Scotland.

We went and drove, albeit not completing. But Sarah then bought Popeye – an 8-year-old, 14.1hh, very hairy skewbald cob who is worth his weight in gold (which would not be a small amount!) and who now has a piece of my heart that no other pony will ever be able to claim.

I drove Popeye for eight years, representing Ireland at the 2006 and 2012 world championships. Despite his physical limitations when competing against the flashier and faster breeds, at the 2012 championships everything came together in the dressage – we drove the best test Popeye could physically do, for a score of 56 – and marathon – where we managed to move up 3 places to 12th – before I let the pressure get to me which unfortunately resulted in a horrendous cones round. But it just had to be chalked up to experience.

After Popeye retired from international competition, I was offered a loan of Glendush Lucie -an 11 year old, 14.2hh, Connemara mare. I had a fantastic run with Lucie at the 2014 world championships, finishing 9th in the Grade 1 class after moving up four places between dressage and cross country and then a further place in the cones, exorcising my 2012 demons and coming within an inch (the cones phase is all about precision!) of a double clear!

Lucie’s international career was unfortunately cut prematurely short by a lump at the top of her neck, which meant that she couldn’t flex properly to the right. After such a promising start, I was devastated to say the least. However, happily she is home, healthy and currently acting as a teacher paired with her son who is in his first year of competitive driving.

I am now driving another 14.2hh Connemara mare, Barnlough Lilly, who has shown tremendous potential and we have a number of events here in Ireland in preparation for the world championships in Holland in August.

We completed our first 2 day event together the June bank holiday weekend. I (like a lot of competitive people!) tend to be overly critical of my performance, but Sarah was happy with how it went and if your trainer is happy then I say ‘take it and run’! We know what we need to work on for Holland and I’m hugely excited for the season ahead.

Lilly, like every pony I have driven, is owned by another driver – this time Brian O’Slatarra. The support that I have received from others within the sport has been invaluable, not least Sarah who has trained me, kept the ponies and a thousand other things (and who is currently putting up with me practically living at her house because during the week I stay overnight in order to drive before work!). But there are counless others including all the kind people who have groomed for me and helped me with training or at events with an extra pair of hands or to help lift me into my carriage. The support for all drivers from our fellow competitors is something that all of us love about the sport.

During non-championship years, at a national level I compete against able-bodied drivers, albeit with some small concessions. For example, my groom is allowed to hold my whip and use the brake on the carriage, but I am very keen to encourage more people with disabilities, especially people with injuries like mine, involved and hopefully in the future we will have a team to send to world championships.

In the meantime, we have our sights firmly fixed on this year’s event where I’m hoping to better our result from 2014. It’ll be a tough ask with the hosts (who usually get to enter a team plus six individuals) being the one of the two best para driving teams in the world. But we’re working hard and we’ll give it our best shot!