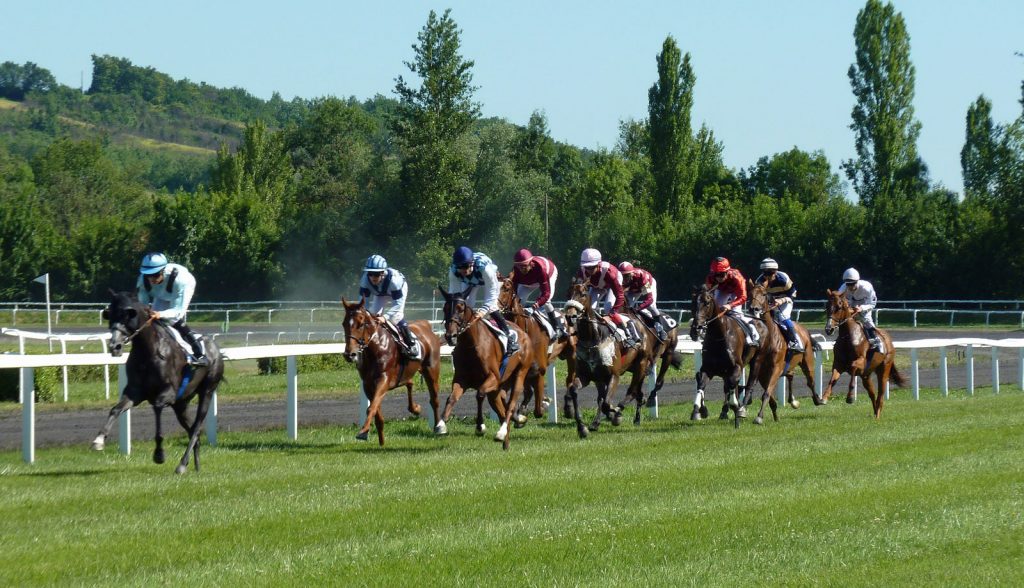 Football and horse racing have very little in common apart from both being sports that require certain things to get over a line, but the two disciplines do cross over every now and then. Former Manchester United manager Sir Alex Ferguson was a known horse lover who is actually one of the owners of champion racehorse Rock of Gibraltar.

The former coach has been retired for nearly eight years but there are plenty of horse enthusiasts who remain in the sport. It appears West Ham’s Darren Randolph and Michail Antonio would make for great tipsters on the back of their expert prediction in a short promotional video Betway put out ahead of this year’s Cheltenham Festival. The event has come and gone, providing a much-needed spectacle given the struggles brought to the fore by the COVID-19 pandemic. And fans are now looking forward to the upcoming Grand National at Aintree.

Randolph and Antonio were involved in a mini competition with teammates Jesse Lingard and Mark Noble, participating in their own version of the Prestbury Cup with host Richard Hoiles. The two-player teams were first tasked with drawing a horse, with team Lingard and Noble going out in front with the better drawing. It would seem that Randolph and Antonio’s drawing was a little NSFW as a part of it had to be blurred.

The West Ham stars were then asked to determine whether or not former jockey Katie Walsh was being truthful when she told a story about a particular race she had. Turns out Katie’s story, though a little strange, was true. It earned Lingard and Noble some more points before they really took charge when Lingard guessed correctly having been presented with audio footage of a goal he scored against Aston Villa.

With a 10-0 lead after three tasks, Lingard and Noble were one question away from a perfect win but after being shown the final moments of a recent Cheltenham horse race and asked to predict the winner, Randolph selected the third horse, which was some distance behind the first and second-place leaders.

He was proven right in a few short moments as the footage was played out to the end of the race. Randolph’s partner also got the second-place right but the former seems like he would be a great resource for advice if you’re needing some before placing a bet on a racehorse, especially if you’re keen on taking advantage of Betway Horse Racing odds.

“I’m genuinely just so overwhelmed by these last few days,” Blackmore said on the back of a sixth trophy win, per The Sun. “It’s all about the horses you’re getting on, and I just feel so lucky to be riding for the people I’m riding for. “I can’t comprehend that I’m the leading rider – it’s a bit surreal.

“Getting an award from AP McCoy in the shape of Ruby Walsh is crazy.”

Ruby Walsh had lots of praise for the jockey, who fell just short of becoming the first female to win the Gold Cup as De Bromhead took the honours aboard a stablemate.

“It’s been incredible what’s she’s done, tactically all week she’s been in the right place on so many horses,” Ruby Walsh pointed out after the display. “The wider world will see her now for what she wants to be, and that’s just a jockey.”

Blackmore rode A Plus Tarde in the Gold Cup and controlled most of the race, save one mistake. The horse is also likely to compete at Aintree in April, according to De Bromhead.

“The one question about A Plus Tard going into Cheltenham was he’s got so much class, would he get the last two furlongs?” the jockey said. “But he really did, in fairness to him – and wouldn’t he have been a very impressive winner if ‘Indo’ wasn’t there?”

Whether or not West Ham players made predictions over the most recent Cheltenham Festival is probably something we’ll never know. But what we can tell you is that Randolph and former Premier League Player of the Month Antonio make a great team.