Cathal Daniels – a young man on a mission 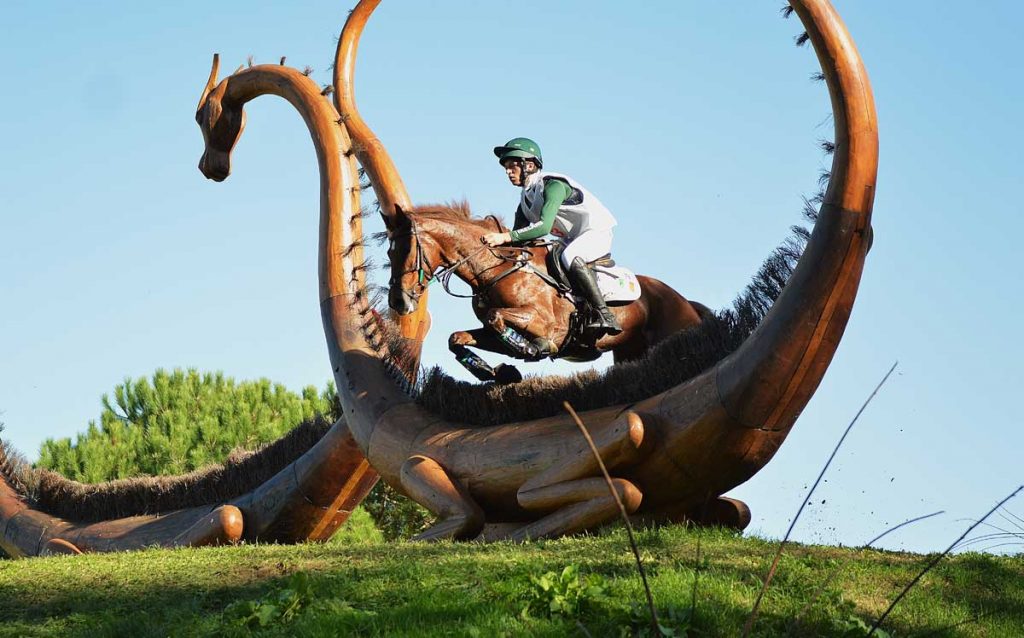 Cathal Daniels is a young man on a mission and he is turning heads everywhere he goes. The 20 year old rider based in the west of Ireland has enjoyed a glittering career in ponies and juniors, and now as a young rider he finds himself on the training squad for the Rio Olympics with his super mare Rioghan Rua. This is all the more remarkable when you consider that Cathal only contested his first 2* in 2013 aboard Rioghan Rua. Prophetically, he won it and secured his spot on the junior European team that year.

Cathal’s family are all involved in horses and eventin and also keep a small pack of hounds. Growing up in the Wild West and hunting every winter, it’s no surprise that Cathal is so slick riding cross country. Cathal shot to the spotlight when he won team and individual gold medals at the pony European Championships in 2012, riding Master Murrose. 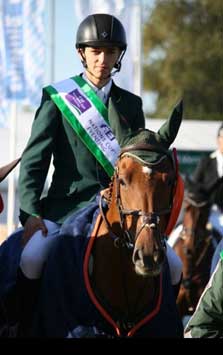 In 2013, he went on to win team gold and individual 7th place at the junior European Championships aboard Rioghan Rua. The incredible daughter of Jack Of Diamonds is owned by Margaret Kinsella and has clocked up 217 points at only nine years of age.

In 2014, Cathal and Rua took team gold and individual silver at the junior European Championships, and also finished 16th and best of the Irish at the world young horse championships at Le Lions D’Angers.

Moving into young riders in 2015 was business as usual for this pair and they finished in 6th place individually and with a team bronze medal at the young rider European Championships. They were part of the winning Irish Nations Cup team at Boekelo and finished 17th overall. Cathal also won the 2* at Ballindenisk aboard the promising Sammy Davis Junior and contested his first 3* aboard Mr Brightside, finishing 10th. Both of these horses are also owned by Margaret Kinsella who has been an integral part of Cathal’s superb career so far. Cathal also achieved his first international win at Camphire in the CIC YR 2* aboard the stallion Barnaboy Freeman, owned by Margaret Hynes and Conor Connolly. Cathal had a staggering 120 rides at events in 2015, making him one of the busiest riders on the Irish circuit.

This year started with a bang in Fontainebleu. Cathal staked his claim for an Olympic slot for Rio with 18th place individually and also taking team bronze position in the Nations Cup with team mates Claire Abbott, Jonty Evans and Austin O’Connor. Sammy Davis Junior took a credible 4th place in the 2* at the spring international at Ballindenisk and Barnaboy Freeman made up part of the Irish Nations Cup team at the same event, strengthening Cathal’s Fire power at the upper levels. The next big stop on the calendar is Chatsworth in the UK and then Tattersalls International at the start of June, which is also an Irish Olympic team trial.

The future looks glorious for this remarkable young man. He has surpassed all expectations and caught the attention of many. Will he win a place on the Irish squad for Rio? Who knows. The one thing I do know is that I wouldn’t bet against it…..