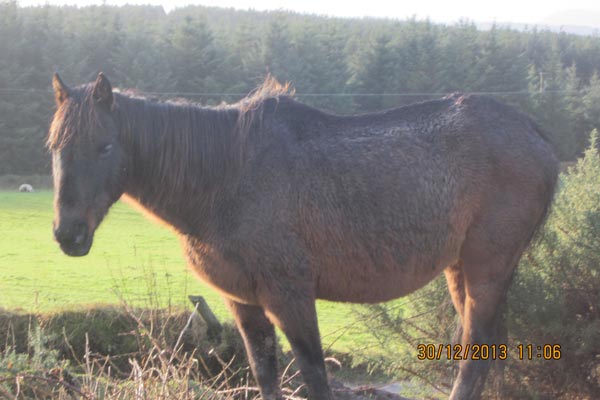 A Donegal man was convicted of animal cruelty at Letterkenny District Court on 16th November 2015 after pleading guilty to causing unnecessary suffering to eleven horses. Adrian Browne, aged 44 and with an address at 15 Newbrook Court, Letterkenny, was fined €500 and ordered to pay €456 in costs by Judge Paul Kelly.

The case resulted from a visit made by ISPCA Inspector Kevin McGinley and Gardaí to lands at Trentaboy, Letterkenny, Co Donegal on 30th December 2013 when the eleven horses were discovered.

ISPCA Inspector McGinley said “There was no grass available and I could not see any supplementary food. Shelter was very minimal given the fact it was the end of December and the only water available was from a drain. Some of the other horses were in very poor body condition with their back bones and ribs clearly protruding. I observed a brown horse trying to eat bushes in search of food”.

Due to his concern for some of the animals, Inspector McGinley contacted Department of Agriculture vet Guaetano D’urso for assistance.  On veterinary advice, four horses were humanely euthanized to prevent further suffering. When the equines were scanned for microchips, only one was found to be chipped and none were registered to Mr. Browne. While admitting ownership of six of the animals, Mr. Browne had denied owning the five horses in worst condition prior to today’s court appearance.

ISPCA McGinley added:  “This was a horrific form of cruelty and it was unfortunate that these defenceless animals had to ensure such suffering”.

If you suspect an animal is being cruelly treated, neglected or abused, please contact the ISPCA National Animal Cruelty Helpline in confidence on 1890 515 515 or report online on http://www.ispca.ie/if_you_suspect_animal_cruelty/ 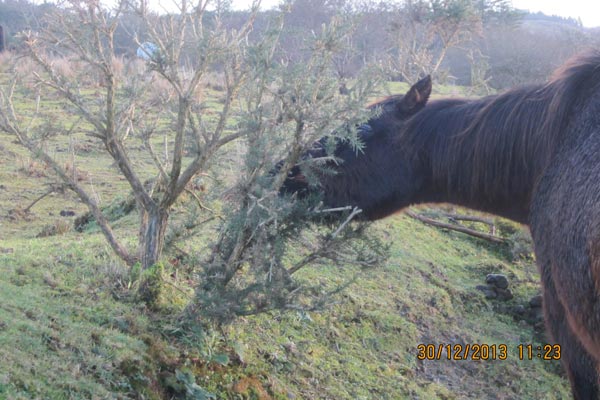