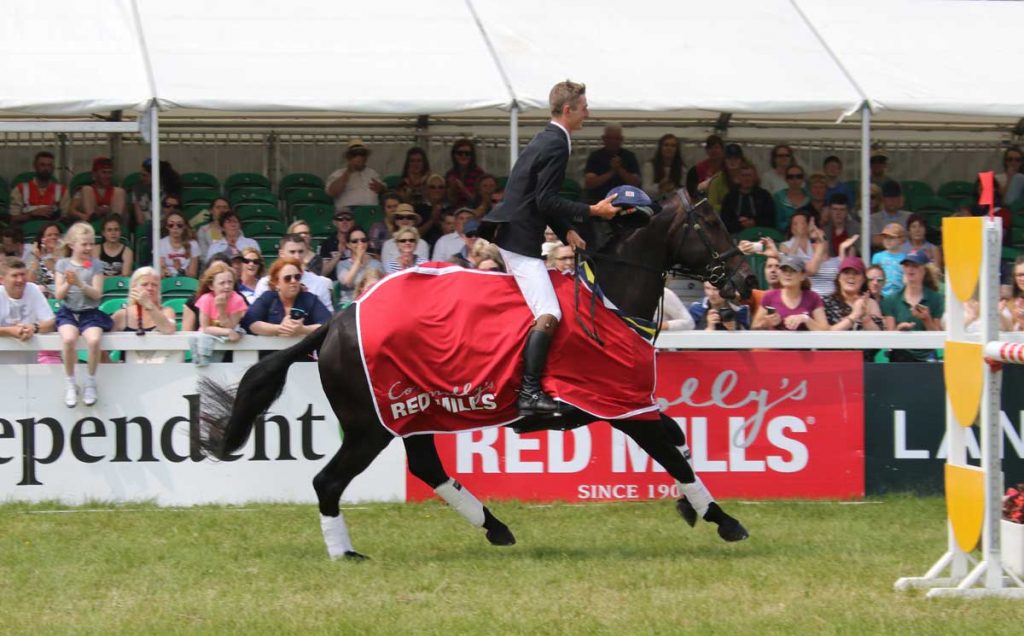 The under 24’s took to the main stage to contest the Connolly’s RED MILLS CCI2*and it was Great Britain’s Tom Jackson and Susan Jenkins’ Dusty who took top honours finishing all three phases on his dressage score of 43.70.

Great Britain took second and third places also as David Doel and Kiltubrid Rhapsody finished in second on 49.40 and Hector Payne and Dynasty finishing in third on 50.90.