New data from this year’s National Equine Health Survey (NEHS) has shown that almost a third of horse owners are using the wrong wormer or one to which there is widespread resistance, when they treat their horse for encysted small redworm. The figures are similar to last year’s results and confirm that there is still grave misunderstanding about worming, which is risking our horses’ health.1

While more than 77% of respondents to this year’s National Equine Health Survey intended to treat their horse for encysted small redworm, of the 89% of respondents who could remember what they used only 68% of these used an effective product. The remaining 32% used a product not indicated to treat for the encysted larval stages of these potentially lethal parasites or used a product for which there is widespread evidence of resistance.

Encysted small redworm are a high risk to horses but as they are in larval form and ‘hibernating’ in the horse’s gut wall, they do not produce eggs and a faecal worm egg count will not reveal them. Initially they may not cause any obvious symptoms so you may not know your horse has got them until he starts to show signs of a problem later on. They can cause diarrhoea, severe weight loss and colic and can be fatal when severe encysted larval infection is present.2

This year’s National Equine Health Survey showed that 68.4% of those who specified how they treated for encysted small redworm had correctly used moxidectin either as solo therapy or in combination with praziquantel (compared with 64% in 2015). 5.2% had used a 5-day course of Fenbendazole, a product which is licensed but for which resistance has been widely documented.2 However, of the remainder, 19% had used ivermectin (22.5% in 2015) and 7.5% had used other products, none of which are licensed or effective against ESRW.

All adult horses should be treated for encysted small redworm in the late autumn or early winter each year. Only two active ingredients are licensed to treat them: a single dose of moxidectin or a five-day course of fenbendazole, however there is widespread evidence of resistance in small redworm to fenbendazole, including the five-day dose so a resistance test is recommended before using it.2

The following case study from Redwings Horse Sanctuary shows why it’s so important to worm correctly for encysted small redworm:

Piebald cob mare ‘Star’ was found abandoned and was rescued by Redwings in October 2015. She was just two and a half years old with a young foal at foot. The mare was very emaciated and her foal was malnourished due to his mother’s struggle to sustain herself and him. Investigations revealed Star was suffering from a severe burden of encysted small redworm.  She was treated with anthelmintics and intensive supportive therapy for the associated damage to her gut, including a transfusion of three bags of synthetic blood plasma to correct a critically low blood protein level.

Despite this treatment and Redwings’ veterinary teams’ persistent efforts to save Star, she continued to become increasingly unwell; she became dull and depressed with a raised body temperature and low-level white blood cell count. Sadly the extent of the damage to her digestive system as a result of encysted small redworm was so severe that, less than a week after her rescue, the difficult decision was made to put Star to sleep. Her foal, named Rocket, has survived and is doing well. 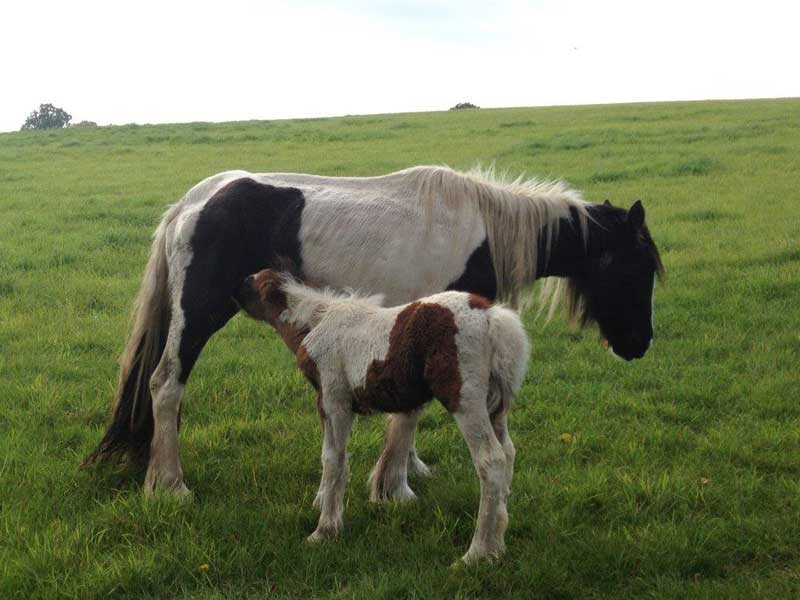 “Redworm is the biggest welfare concern we see at Redwings,” said Redwings Welfare Veterinary Surgeon Roxane Kirton. “Horses with high worm burdens that are nutritionally deprived – like Star – also have more complications in their recovery. Infantile worm larvae are unable to mature to adulthood in the undernourished horse and instead exist in the gut wall. Once the horse becomes nourished, the worms develop to adulthood and subsequently cause extensive internal damage to the horse’s digestive system. It is very upsetting to think that Star lost her battle simply due to a neglect of her basic care – and frankly a lack of care for her life and that of her foal.”

Wendy Talbot, vet at Zoetis said: “Star was in excellent hands at Redwings. Had she not suffered such severe worm damage she may have been able to win her desperate battle to live. Whilst most horses will never experience the type of management conditions that Star did, encysted small redworm still kills horses every year, particularly young animals or those with an incorrect worming regime.  It’s your responsibility as an owner to do your best for your horse’s health and worm control plays a vital part in this – always speak to your vet or SQP for advice.”

1NEHS The National Equine Health Survey, conducted by the Blue Cross and supported by Zoetis, was completed by 5635 horse owners and keepers in May 2016, with records returned for 16,751 horses. The survey contained questions on general horse health, care and management and was validated by Professor Josh Slater of the Royal Veterinary College.

Creative clipping – one woman’s advice and insights into how to achieve the perfect clip. Or possibly not…