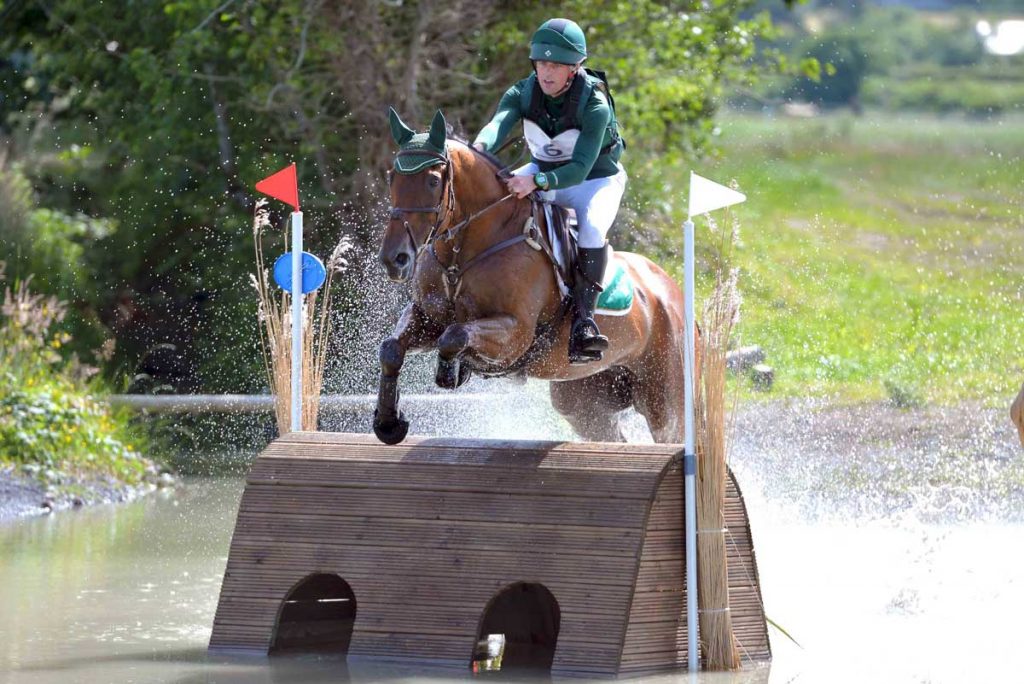 Sam Watson (pictured above) emerged victorious in the feature class at the Fernhill Sport Horses Kilguilkey International Horse Trials in Co. Cork today following the conclusion of the Haygain CIC***. The leader since the dressage phase, the Carlow-based rider and his legendary 17 year old home-bred Puissance gelding ‘Horseware Bushman (ISH-TIH) added just 6.8 time penalties a Cross Country phase where the time proved to be influential. Watson has partnered ‘Horseware Bushman’ to the highest level of eventing over an international career that spans ten years and speaking after his win this afternoon he said he has no plans for retiring yet! Joseph Murphy made his journey from Co. Down worthwhile by finishing just five points behind in second with Suzanne Finlay’s ‘DHI Top Story’ while Cork rider Rebecca Dunlea recorded one of her biggest international results to date by taking third spot with her own ‘Cashelane Captain.’ 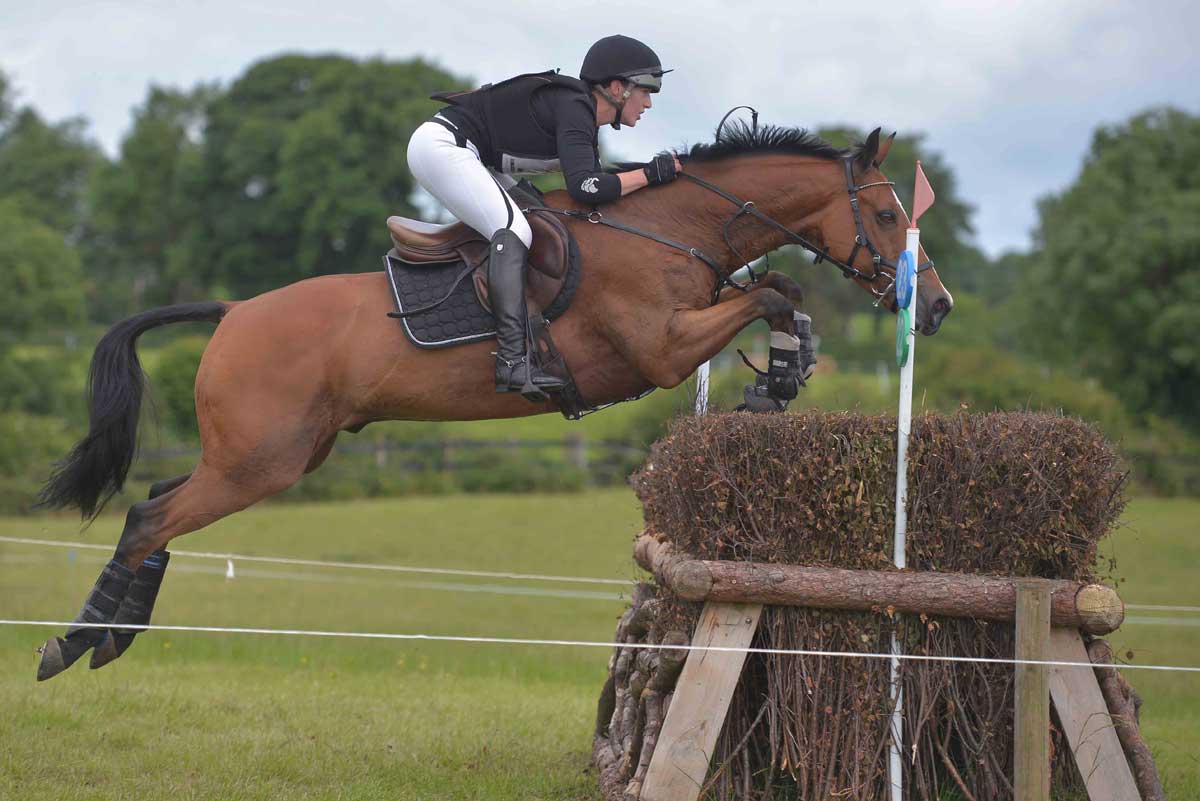 In the Eventing Ireland CIC** competition, the final result came down to the wire. Last year’s winner and the leader after dressage and showjumping, Michael Ryan thought he had done enough with Carol and Tom Henry’s ‘Ballylynch Adventure (ISH) to retain the lead but the 2.4 time penalties he incurred across the country proved costly as he dropped down to second place while local Cork-based rider Felicity Ward recorded a double clear jumping performance to take the lead with her own Kylemore VDL Revel bred gelding ‘The Illusionist.’ Wexford rider Maria Byrne finished in third place with her father Paddy Byrnes’ ‘Class Affair.’

The Cross Country phase of the Horsezone.co.uk CIC* proved extremely influential with the top of the leaderboard changing considerably. A problem early on in the course saw Jennifer Kuehnle drop out of contention with her leader after dressage and showjumping ‘Penyffynon Ricochet’ but she went on to take the final title with Rafael Sanctuary’s Kahtan-bred mare ‘Scattery Katie,’ climbing up 6 places on the leaderboard. Co. Down’s Neil Morrison recorded a clear round across the country to finish in second with Caroline Dennison’s ‘Black Ice’ while Felicity Ward recorded her second podium finish of the afternoon taking third with Richard Ames’ ‘Ballinahinch Jack.’

2016 marked the fourth running of the Fernhill Sport Horses Kilguilkey International Horse Trials and at the prize giving ceremony, riders and visiting officials from seven nations remarked on the continuous developments and upgrading of the Co. Cork venue into a top class international equestrian facility. The inaugural running of the CIC*** competition over the Mike Etherington-Smith designed cross country track proved hugely successful and riders complimented the organisers on the optimum going conditions and attention to detail.

Organisers and landowners, Danny and Michelle Dulohery are extremely grateful for the support of new sponsors Haygain and Horsezone.co.uk, together with Eventing Ireland and a long list of fence sponsors, contributors and supporters.