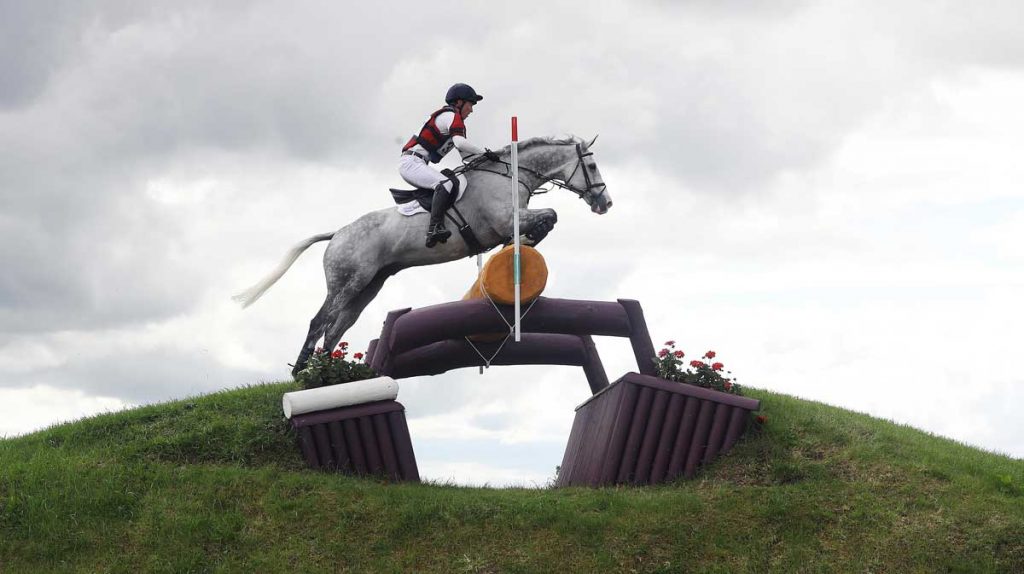 A large crowd of 15,000 people enjoyed the international equestrian action and country fair in the Co Meath countryside in Tattersalls on Saturday. Amidst bursts of sunshine the big crowd was treated with the ever exciting popular, spectacular Ian Stark designed cross country course with the jumps at the popular water complexes and Irish Field Mound being the most popular vantage point to view the Roger Federers, Rory McIlroys and Cristiano Ronaldos of the eventing world. 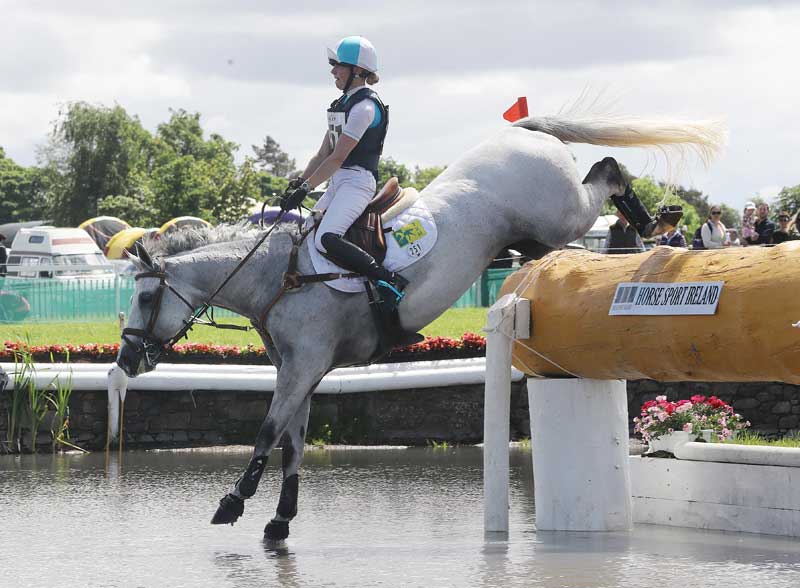 The shopping village consisting of local artisan foods, pancakes, gourmet burgers, arts, crafts, country clothing reported a brisk trade and the jumping mini ponies proved to be really popular with the youngsters.  The international sporting event with 18 Olympians and World stars amongst the 343 participants is one of the most important events in the sporting calendar and this week over 10,000 people from 8 countries watching it live online up to yesterday evening. Over 10,000 people are expected to attend the finale tomorrow consisting of more cross country action as well as showjumping. 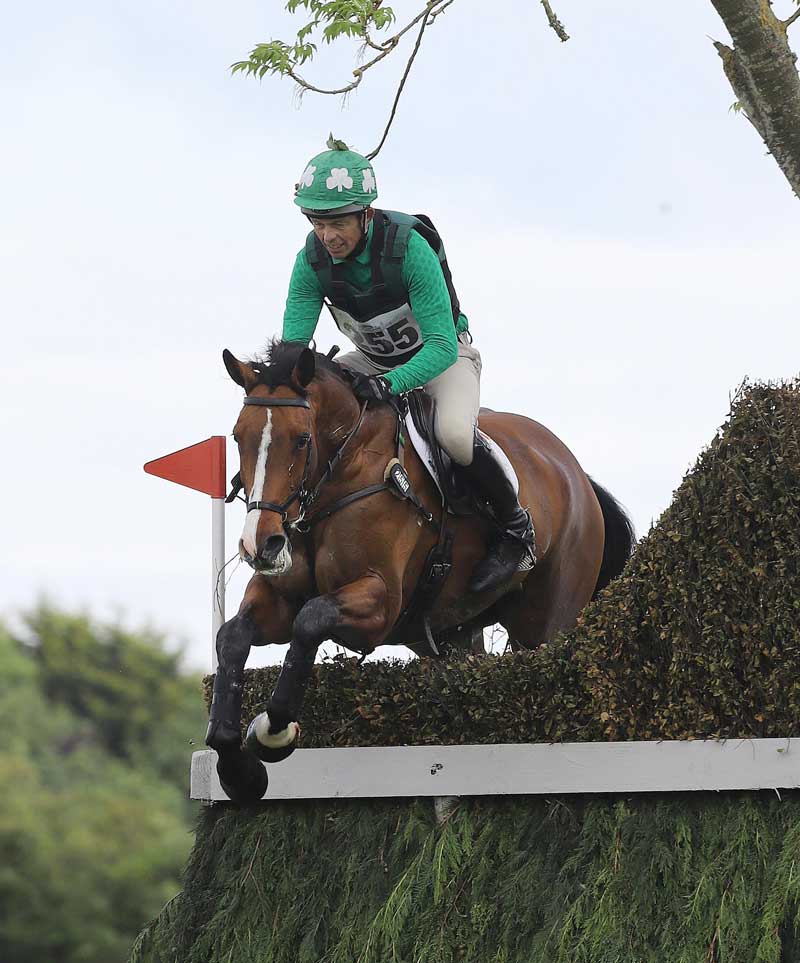 Ireland lie in third place in the 3*Nations Cup behind second place team France and leading nation team GB with just 6.4 points separating the top three. After a fantastic showjumping round this evening Meath based Sarah Ennis on her Horseware Stellor Rebound is in second place overnight in the CIC3* just 0.5 points behind French rider Luc Chateau on his Propiano de l’Ebat going into the final cross country phase tomorrow.

In the main 3 star event (CCI3*) Italian rider Vittoria Panizzon on her Chequers Play The Game had a flawless cross country round to stay on her dressage score and stay in the lead going into tomorrow’s final showjumping phase. At just 39.3 English rider Piggy French is keeping an eye on Vittoria in second place on her lovely Quarrymount Echo with Clare Lambert best of the Irish on her Whitmore Way on 82.8.

The ever popular 6 and 7 year old event (CCIYH1*) was won by Oliver Townend on his Menlo Park with a score of 42.4 with the great William Fox Pitt taking second and third with his promising pair The Graduate and Shannondale Percy scoring 45.5 and 45.6 respectively and Brennanstown’s Louise Bloomer best of the Irish on 53.3.

The one star event (CCI1*) was won by New Zealand’s Tim Price on Falco qith a 37.9 score with our own Irish rider Michael Ryan on Kilpipe Jewel coming in second with a smart score of 42.8.

The strong 2 star (CCI2*) event is led overnight by Kiwi Tim Price on 38.3 with Brian Morrison on Ballymolloy Rogan best of the Irish on 49.5 going into the final showjumping phase tomorrow.

The junior competition (CCIJ1*) was won by Clane, Co Kildare rider young Alex Power who added just a single point to his original dressage score leading from start to finish on 42.5 whist the CCI1* pony competition was won by Sophie Foyle for Ireland who again led throughout her event finishing with a score of 46.

The CCI2* Under 25 event is led overnight by young English rider Millie Dumas on her Cameya with a great score of 36.5 with the Esib Power trained Jodie O’Keeffe best of the Irish on her Reenmore Duke on a score of 54.5.

Well known names in the sport of three day eventing taking part are Olympic medallist and former World Champion Zara Tindall, granddaughter of Queen Elizabeth and Bella Lloyd Webber daughter of English composer and impresario of musical theatre Lord Andrew Lloyd Webber. The international event is important from an Irish eye for potential selection for the European Championships later in the year.

Tatts 2017 combines world class sport with a quintessential country fair and aside from the equestrian competition; the weekend is tailored especially for families with free admission for under 12’s. The Kids Zone is packed with fun; the highlight are the novelty dog shoe and the mini-puissance ponies who will be jumping a specially made wall! Carnival Rides, activity area for older kids is sure to capture the imagination along with a shopping village of over 70 shops