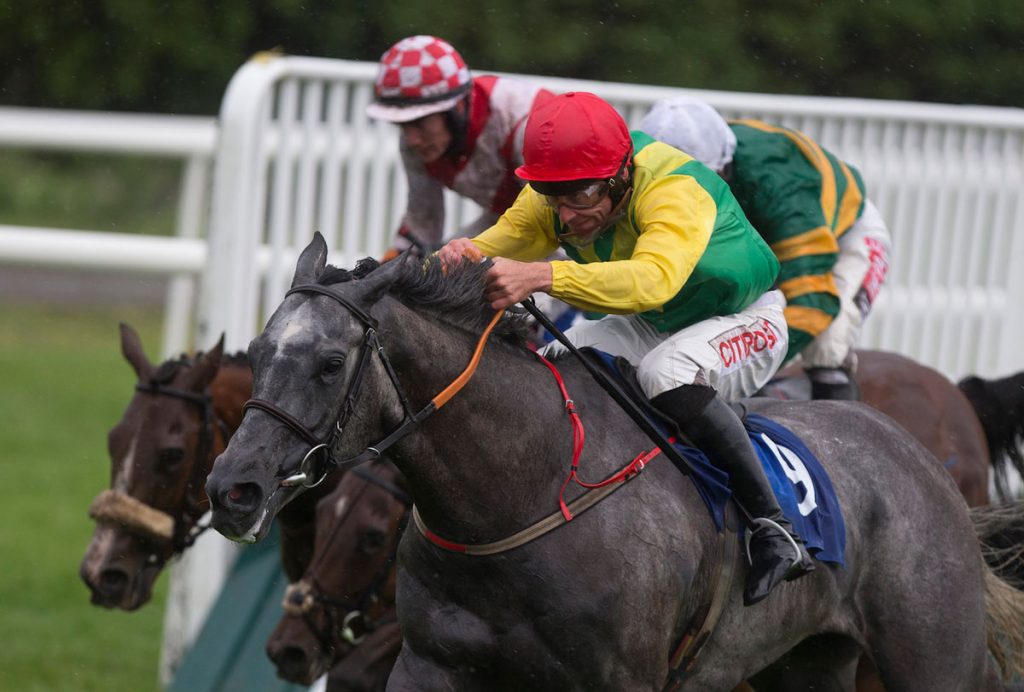 Image: Sizing Alberta on the way to winning at Roscommon on 14/06/2016 under Grand National winning jockey & 2017/18 Irish Champion Davy Russell

Godolphin Lifetime Care will give a cash prize to the value of €1,000 to the connections of the former racehorse that performs best in any of the eight classes at Tattersalls International Horse Trials, Ireland’s Premier three-day event. The prize is open to any horse that has been in training for Flat, National Hunt or Point-to-Point races under the rules of a recognised racing authority.

“We are delighted to work with Tattersalls International Horse Trials to have the opportunity to support and acknowledge the former racehorses who are competing this week. The thoroughbred is a very adaptable and versatile breed and we are proud to see these former racehorses performing at such an elite level. We hope our support of this initiative and others like it will encourage riders to see the potential of former racehorses in all equestrian disciplines.”

There are a number of former racehorses competing this week at Tatts 2018; Sizing Alberta (pictured above), formerly trained by Colm Murphy and won and was placed on numerous occasions and Dream Big, ridden by leading young British rider Tom McEwen, previously in training with Tim Vaughan and was placed on the flat.

Under The Clocks was originally raced in Australia and won two races in a 20 start career when in training with Mike Kent. He has competed up to 4* level by Murray Lampard and this week is competing with USA’s Tiana Coudray in the George Mernagh Memorial CIC3*. His former trainer Mick Kent is quoted as saying;

“He was always a very good jumper during his racing career and I knew Murray Lamperd so I got in touch with him when the horse retired because I thought he’d be ideal for eventing. He could really jump and he had a lot of scope which has allowed him to go through his grades pretty well. It always gives you a kick to see your horses go on to do great things off the track, especially when I identified him as a horse that I thought could do a job like this.”

Whilst Under the Clocks may be the best event horse competing at Tattersalls International Horse Trials and Country Fair, it will be the highest place horse in any of the eight classes who will win the prize.