The Royal Rescues – ponies given a purpose in life 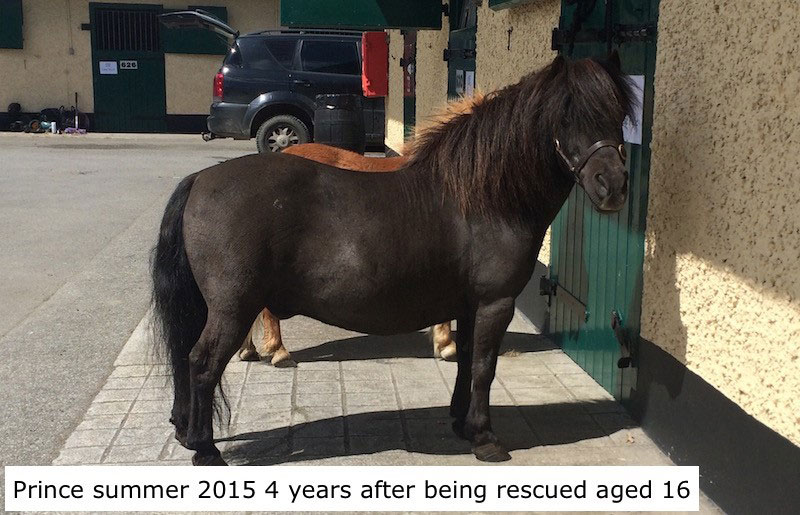 Imagine being scared, alone. Terrified that that horrible human is going to come back with that stick or that no one is going to check on you for the sixth months in a row.

Imagine being only two years old and being locked away in a shed, cold, alone and starving. Hearing a door creak open and a dark shadow looming over you, hand raised only to come down hard on your back with a stick, again and again, shouting at you. You’re only two.

That is how King started his life.

Imagine having a promising career, you’re in the circus. You’ve a lovely home, you’re in a herd, you’re happy. Imagine then being sold, you were told to a good family with kids, you like kids, they bring food. Only to find you’re put in a field with nowhere to shelter, only a small amount to eat and a water trough that keeps freezing over and over. You’ve no family, no one to check on you, no one to love you. Someone arrives once a year to pay the landlord and look at you from the car. You’re in solitary confinement for over five years. When you finally get free, you don’t know how to act anymore. That’s how Prince spent the first ten years of his life.

Holly’s Horse Haven was the rescue centre that was there for them. Prince remained in Holly’s for a few years and any time they tried to put him with other horses he attacked them, either in fear or in excitement, so for his safety he was kept on his own.

In January 2011, I travelled up from Dublin to Omeath, Co. Louth were Holly’s is located, as I was looking for a companion pony for my horse. I had seen Prince in a blurred photo on Facebook and I asked to see him. I was warned about his behaviour and the kind volunteers at Holly’s tried to steer me in another direction, but I walked down to him. There he was in a paddock on his own, he came trundling down to see me and my heart melted.

I signed the paper work and took him home there and then. From that moment on I was about to re-learn everything I thought I knew about horses.

Shetlands are a completely different ball game, they’re cheeky, funny and have a complete mind of their own and aren’t afraid to let you know what’s on it. After a year and some help with a friend’s donkeys, Prince was suddenly a reformed pony. He was actually baby sitting horses and minding them.

Then in 2012 I decided that I wanted to get a companion for Prince, I contacted Holly’s again about getting another rescue called Jimmy, a 10 hand piebald Shetland. Holly’s co-owner Elaine Duffy told me about a Shetland that had been left at their gate and was seriously mentally damaged. No adult could go near him, he thought everyone was going to beat him, no one could touch him. She asked me would I take him as I had rehabilitated Prince so well. I agreed having not seen King and travelled up to get him.

What greeted me in that stables broke my heart, Elaine told me that it had taken two six foot men to grab him and man-handle him into a trailer from the field because not even food would bring him near humans. I realised that I had to totally re-think what I had done with Prince. After bringing him home, where Prince and Dancer were (an 11h pony I was re-schooling) I let the now named King into the field. I began his rehabilitation, I told my friends and her children that came up to ride Prince and Dancer that King was to be ignored, we were to turn our backs on him and pay him no attention.

After about a week we felt King nosing our legs, but if we made eye contact he would skit away. After about three weeks, I was able to touch him, and I decided to clip a lead rein on and we went for a walk.

I had an idea, I had to show King that humans weren’t all that bad, so instead of holding him myself and him seeing me hold him back when he got scared and bolted, I tied him to the ever steady Prince (with a stirrup leather around Prince’s neck and King tied to that). King tried to bolt twice but Prince held him fast. That was a break through moment. From then on, we hit a stride. By no means was it clear sailing, to this day he still has what I call ‘Memory Meltdowns’, but I had him broken in the January with the help from an excellent little rider. We are now working on him to pull a cart and he is taking to it like a duck to water. Nothing phases him now.

We just wanted to tell you a little bit about Holly’s Horse Haven, a rescue centre based in Omeath, Co.Louth and cater to both Northern Ireland and the Republic of Ireland’s rescued equines. At any one time they have over 70 horses in their care, some from death row in pounds, and all are looking for a place to call thei own, like Prince and King were.

Holly’s are a registered charity (CHY19316 and Charity Commission number No: 20075644), and all of the great work they do comes from the support of the public. Holly’s will try their best to save every horse they can and get them back on their feet and into a better life. Holly’s was started over ten years ago with their first rescue horse Holly, an ex race horse that only recently passed away. But Holly’s isn’t just for horses, it’s for humans too.

Holly’s Social Haven is their community/social inclusion network where they strive to support health care organisations across the country whose main aim is to help and support the needs of those individuals in a community with “special needs” by offering a centered plan tailored to the individual. With help from the rescue horses and ponies, everyone benefits within the love and care that they are getting.

So, as you can see, there is so much more to Holly’s than just being a rescue centre. In a way they rescue people too and by trusting me with Prince and King, they certainly rescued me.

Prince and King are simply the best things that have ever happened to me. My life was rough, especially after my mother was killed, but these two have given me purpose. In a way they rescued me too as did Holly’s.

Now Prince and King have not only taught children how to ride, but they have been in RTÉ comedy sketches, international movies, festivals and King is now a therapy pony with Holly’s Social Haven and he is able to go into nursing homes and hospitals and give people a nice break from their day and hopefully bring them a little bit of joy. He also goes to schools and helps me give talks to the children about horse safety, and hopefully in the future about bullying and building self-esteem.

Without Holly’s Horse Haven, both of these ponies wouldn’t get to be the success that they are. They were a little broken and beat up but just because something is banged up a little doesn’t mean you have to throw a whole life away.

Part of our mission is to get rid of the stigma that rescue horses have, the ‘it’s a rescue for a reason’. If you spend the time and have patience, you’ll find the hidden gem underneath the terrified eyes and shaky legs.

We are excited to say we have a new arrival coming in August – Tanzanite Celticmist Callidora or ‘Calli’. She is a beautiful pure bred Miniature Horse that will help King in all of the therapy and other aspects too.

So we thank you all for the amazing support and we hope that you’ll give our page a little ‘like’ as well as Holly’s Horse Haven. With everyone’s help we can end the horse crisis in Ireland and show people how awesome rescue horses are. There are exciting times ahead for us at The Royal Rescues so please follow us and see what’s coming. 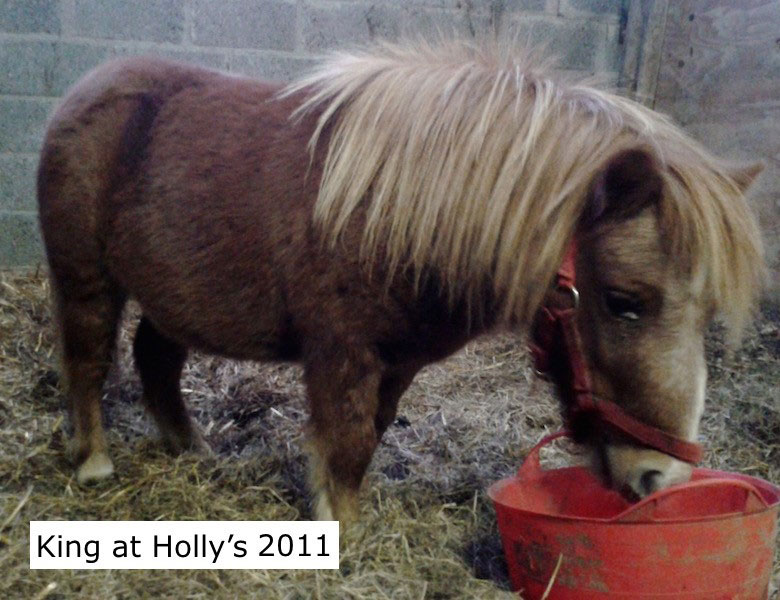 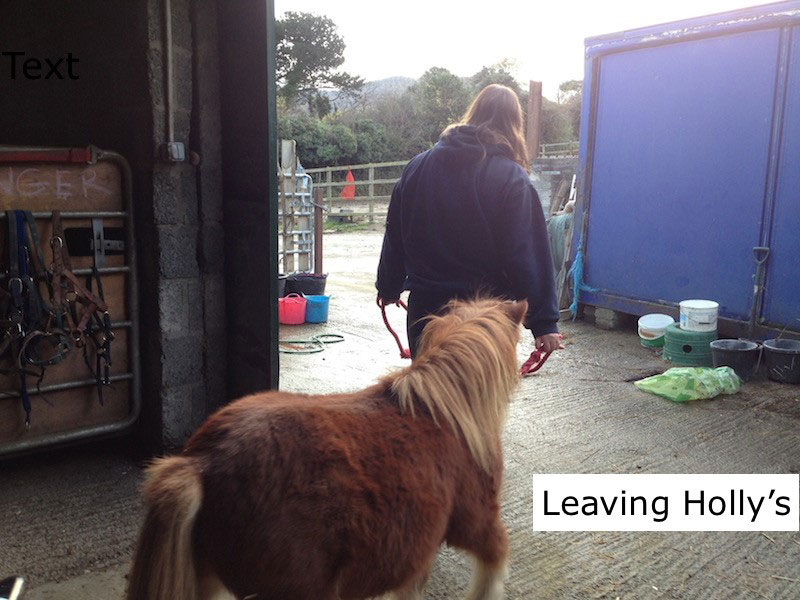 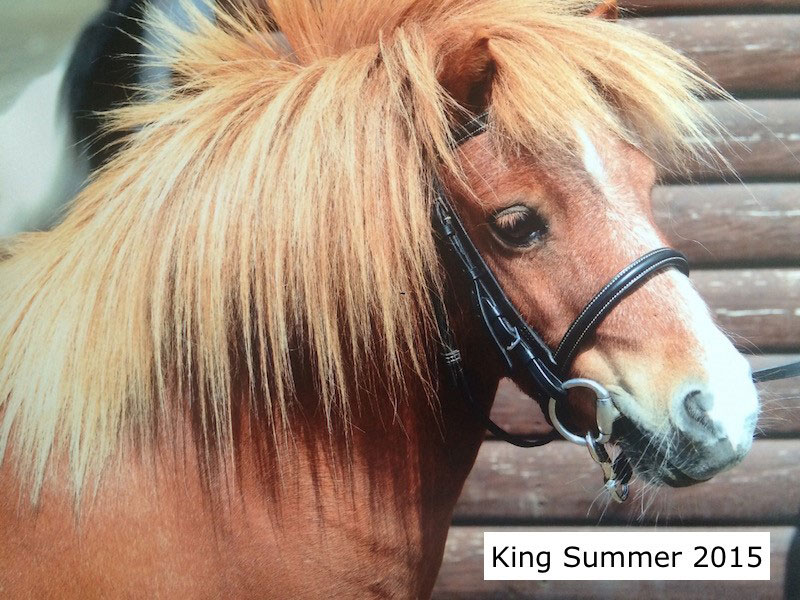 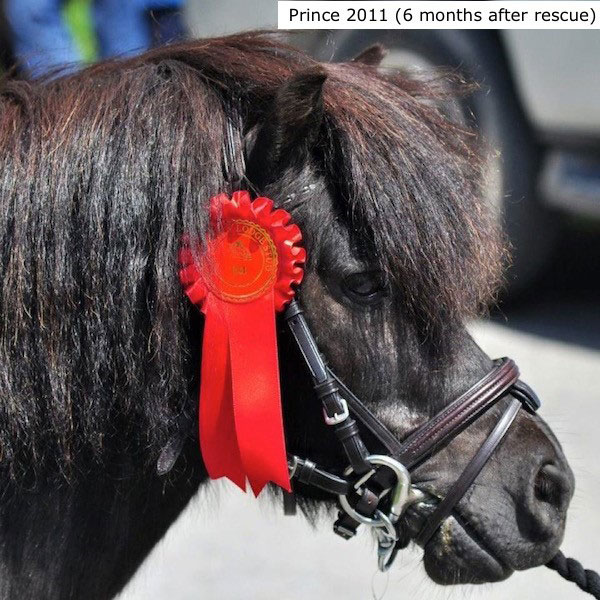 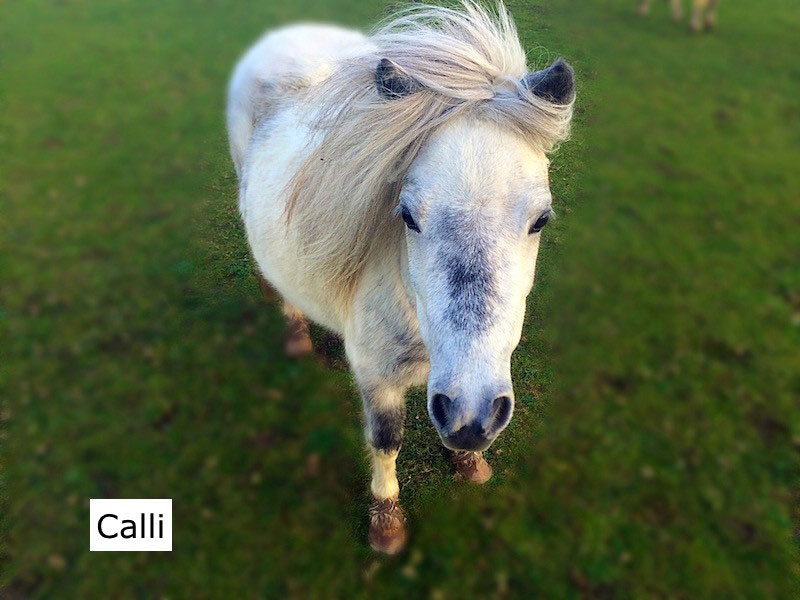 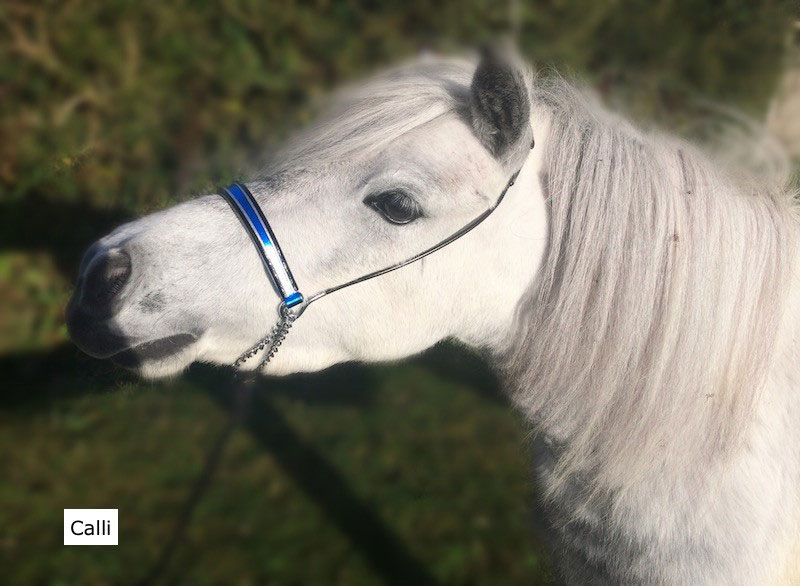