SOCK relies solely on fundraising and over the last six years have organised a number of fundraising events. However the most successful of these being, the SOCK Team Show Jumping Challenge which is held on the August bank holiday weekend in Cheval RC showgrounds in Oldtown Co. Dublin. Since 2010 this show has raised c€23,000 and has proved to be one of the biggest and most enjoyable Team Showjumping events in the region which attracts over 30 teams who battle to win the Jane Keating Memorial cup. Since the shows inauguration, the Oddsock team captained by Laura Carrick has proved unbeatable. Competition is fierce and an exciting jump off is always guaranteed!

The show this year is on the 31st of July, entries close on the 27th of July and it is a great, fun day out for all the family! Riders are encouraged to bring along their family, friends and dogs to enjoy the barbecue, cake sale, dog show and a monster raffle. All prizes, food and drink on offer have been sponsored. The show is a big team effort and all judges, course builders and helpers have volunteered their time. HorsePlay.ie is delighted to support such a brilliant and worthy event and this year we are sponsoring the best dressed team! Fancy dress is encouraged – the fancier the better!

Just a few stats on SOCK…

Since its foundation SOCK has: 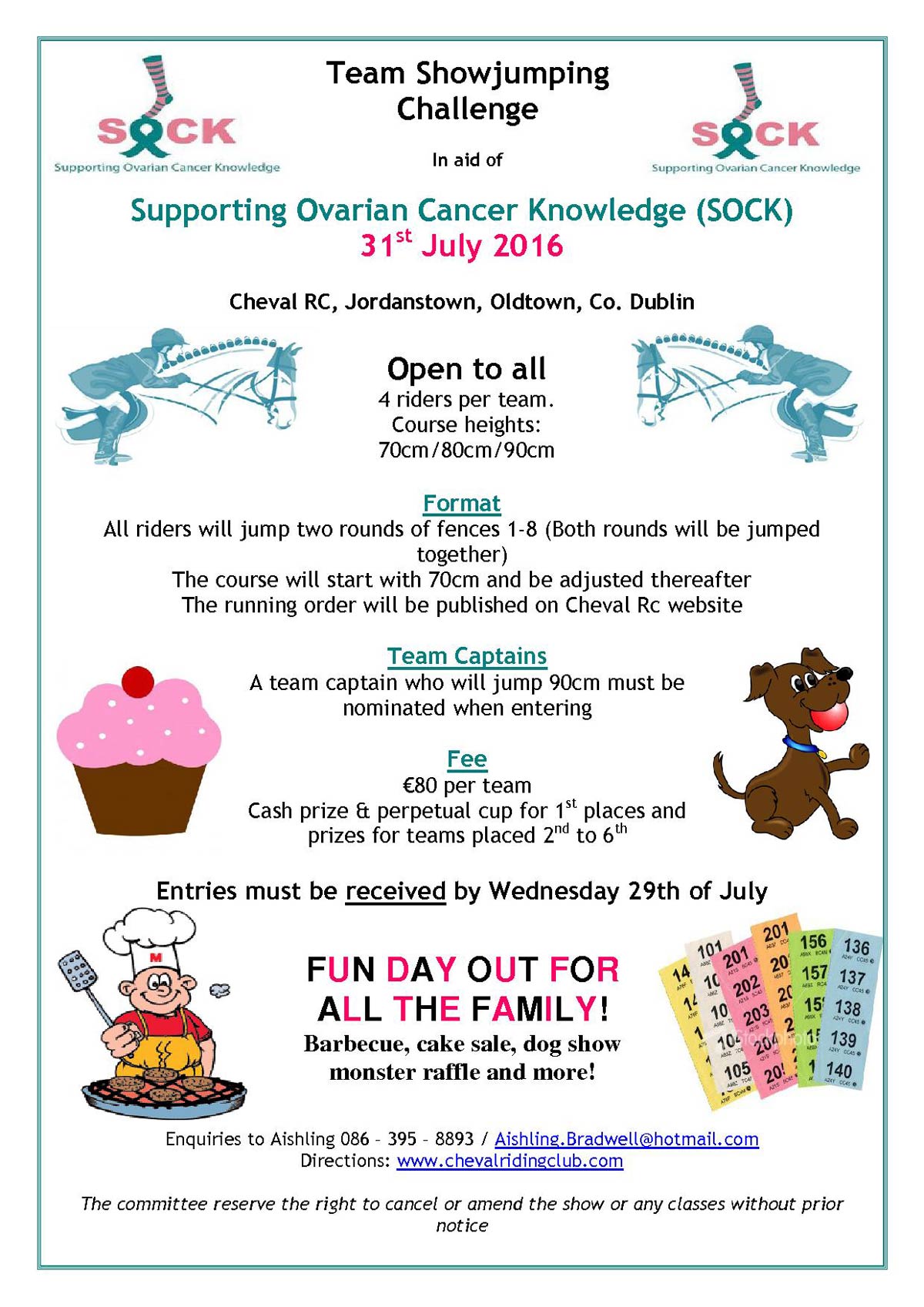 Carriage Driving – what it’s all about

Joseph Murphy on not making the cut for Rio – another 4 years is a long time to wait….