Lorna Keogh from Dunbyrne Equestrian Centre in Kildare gives us the low down on pony camps for kids.

While the weather is still typically Irish, leaving us in short sleeves one minute and winter coats the next, summer is definitely in the air. Talk to any child or teenager and you can hear the excitement in their voice as they tell you about their forthcoming last week of school and finish date.

With so many children freed up for two to three months, it is no surprise to see so many summer camps on offer for different sports and activities. While these type of camps are often seen as a way to keep children occupied while busy parents juggle everything, there are other benefits that often are not realised until afterwards.

We hear every year about the importance of keeping children active and outside. It was easier when we were kids as you had very little to occupy you inside – two tv channels only kept your attention for so long!

Summer camps bring children somewhere else for the day, encouraging them to be active and engaged in something. When this is combined with a sport or activity that they have an interest in, it magnifies the effect and they start to want to be involved. 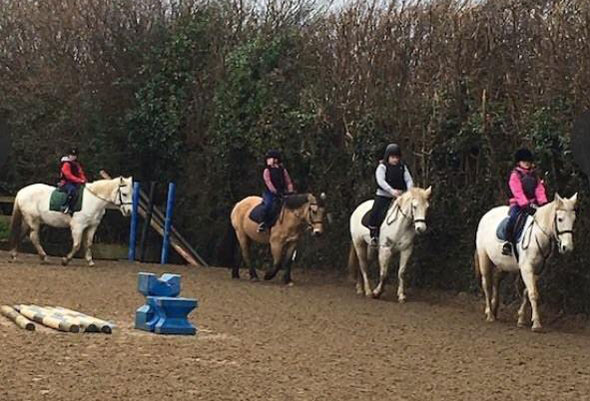 One of the other benefits of summer camps is making friends.

Long lasting friendships are usually based on some form of common interest. Bringing together children with similar likes and interests for several days at a time allows them to form new friendships and groups. This is especially beneficial if the children will attend the same activity on a weekly basis after the camp.

I’ve been involved with pony camps for a long time.

Firstly as a child participating in them. I didn’t have my own pony but was lucky enough to be able to hire one for the week. It was always the highlight of my summer and the friendships I made back then, sitting in the barn enjoying lunch with the other campers, have lasted far longer than the barn itself.

I had always enjoyed riding horses but on pony camp I learned a lot more about the bigger picture. I was able to get involved in the care of the pony learning how to groom, how to muck out and what sort of daily routine they should have. This wasn’t something I could learn in weekly lessons where the pony was tacked up and ready for me but having learned it in camp it was something I could start to practice afterwards and to do more of, becoming a helper and in time an instructor in the local stables.

I went on to teach pony camps both in riding schools and in Pony Club. What always strikes me as an instructor is the change in riders after they spend a week at a camp. For riders who normally ride weekly, riding for 4-5 days in a row provides a boost to their training and often kick starts progress into the next stage of their riding.  Confidence is usually improved too as riders start to achieve goals and try new things.

Most camps will involve a final day show where children can showcase their riding and have a go at a course of obstacles or fences. This is a lovely way to introduce the idea of competition in a friendly and supportive atmosphere. 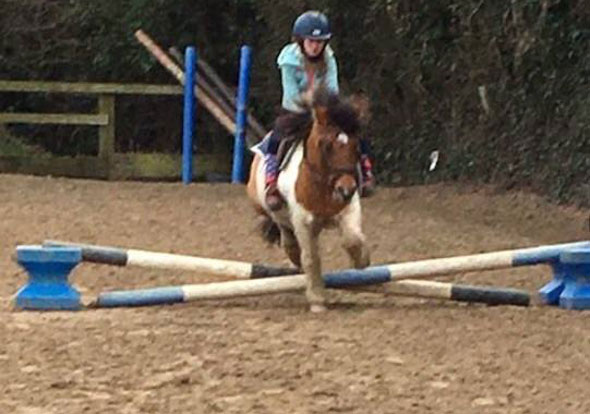 My favourite camp memory as an instructor is at pony club camp where a boy that I taught arrived and he was so worried and lacking confidence on the first day as he was riding a new hired pony. It took lots of support to help him to give everything a go but on the last day of camp he went on to ride a clear round in his class with a huge smile on his face. This rider has since gotten his own pony and has come on in leaps and bounds but the real change in him as a rider and in general happened that week when he started to believe in himself.

For beginners, a week of instruction provides a perfect basis for starting weekly lessons afterwards as attending camp will have given them a solid start. One of the nicest things is seeing friendships forming over lunch and break times and seeing older or more experienced riders helping newer riders out.

So while pony camps might just seem like another way to fill a week of the summer holidays, if your child enjoys ponies and wants to attend, it might for them prove to be much more than that.