When bright lights are extinguished…

When bright lights are extinguished…

I generally write with one of two intentions-to make people laugh, or to tell them something that they perhaps didn’t know. This piece serves neither purpose.

The equestrian world is a vast and far reaching community of people, primarily united in their love for the horse. Whilst there are many different sectors and branches of sport within this community, we move and breathe as one. What hurts one, hurts all. 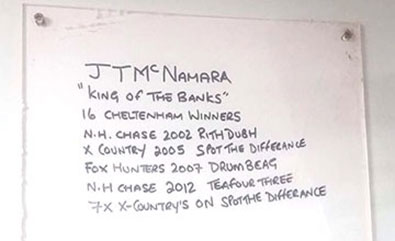 An avid national hunt fan, I was watching Cheltenham when JT McNamara suffered his life changing fall from Galaxy Rock in the Kim Muir in 2013. He broke two vertebrae and was paralysed from the neck down. The gifted jockey was hugely admired by his peers and colleagues for both his horsemanship in coaxing horses into wanting to win for him and for his immense strength of character. For two and a half years after the accident, JT bore his situation with courage and stoicism. Despite his difficulties, he rejoiced at being at his home in Limerick, surrounded by his family and horses. He passed away from complications at just 41 years of age on the 25th of July. The loss of such a special and talented man has rocked the horse world and racing community to its core. Everyone that sits on a horse understands the associated risks, but when the worst happens-especially to a skilled and high profile rider-it brings it home to all of us just how real that danger is. The loss of JT feels like such a waste. He gave so much in his life and he was so loved. 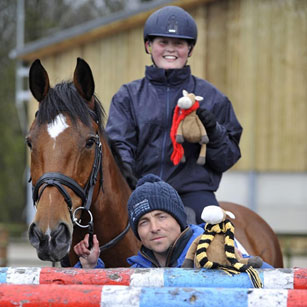 Hannah Francis was quite the most remarkable person that the eventing world has ever encountered. Eventing at large is well used to hard luck stories, daily difficulties and sometimes, desperate tragedy-but it is not quite so used to people using their struggles to immeasurably change the lives of countless others for the better. Hannah was given a terminal osteosarcoma diagnosis in 2015 at just 17 years of age. Instead of accepting her fate, Hannah began to weave her own unique brand of magic everywhere she went. She set up a charity called Hannah’s Willberry Wonder Pony to raise funds for osteosarcoma research and to grant horsey-themed wishes to terminally ill patients. She worked hard to raise awareness and met many superstars of the equestrian world with her mascot, Willberry Wonder Pony. She sold wrist bands and organised fundraisers and she welcomed people to read and share her story through social media. Hannah was determined to leave a legacy behind her that would offer hope and support to others, but not even she could have predicted how many hearts she has captured, how many followers she has gained and how huge the Willberry family has become. That someone so young could be so selfless, so determined to help others and so unfailingly upbeat and cheerful despite a dire prognosis and terrible pain every day, has illustrated to all just how special she was. Hannah died on the 1st August, leaving a million broken hearts behind. It is an untimely reminder that life can be impossibly cruel.

For the last two years, I have had in my care a very special pony. Lacy Pagan was a small grey Welsh mountain pony mare who knew which way was up. Formerly owned by renowned Irish actor John Hurt, Lacy lived for many years with dressage judge and trainer Marion Greene. Lacy had her own ideas about how to do things, but she taught many people how to ride, and also how to fall. She was a superb jumper and she could turn her hoof to anything at all. She loved small children and knew exactly when to be gentle and steady-equally though, she could be a challenging ride for a competent pilot. Lacy was incredibly kind and genuine, vastly intelligent and remarkably tough. She was particularly special to me as I too spent many years under Marion’s tutelage, so Lacy and I shared many connections through our respective pasts. Lacy came to me at 27 years of age from the Dooner family, who had had years of fun with her and gave her a truly wonderful life. She proved to be a special friend to my son Charlie, and a great companion for my young horses. I had  such immense respect for Lacy-she was such a tough, sound pony and a much loved friend to all of us. She was an absolute lady. I lost her suddenly on the 28th July. We are absolutely devastated.

Whilst the equestrian world seems incredibly large to us, it is really remarkably small. People from all origins, of all nationalities and of every different horse sport sector somehow all mesh together as one. We are all bound together by our shared love for the horse in all of its forms. The horse has the ability to expose our weaknesses and complement our strengths. The horse can teach us to be better versions of ourselves. The horse can challenge us and push us to the brink. The horse can hurt us mentally, physically, emotionally and financially. The horse has a unique skill in that he identifies and highlights the most exceptional of characters, both equine and human. Those of us fortunate enough to encounter these remarkable individuals will find our lives forever changed for the better. But my god does it hurt when they leave.

May we extend our deepest sympathies and sincere condolences to the family and friends of JT McNamara and Hannah Francis.

Tildren – the ‘answer’ to lameness’?