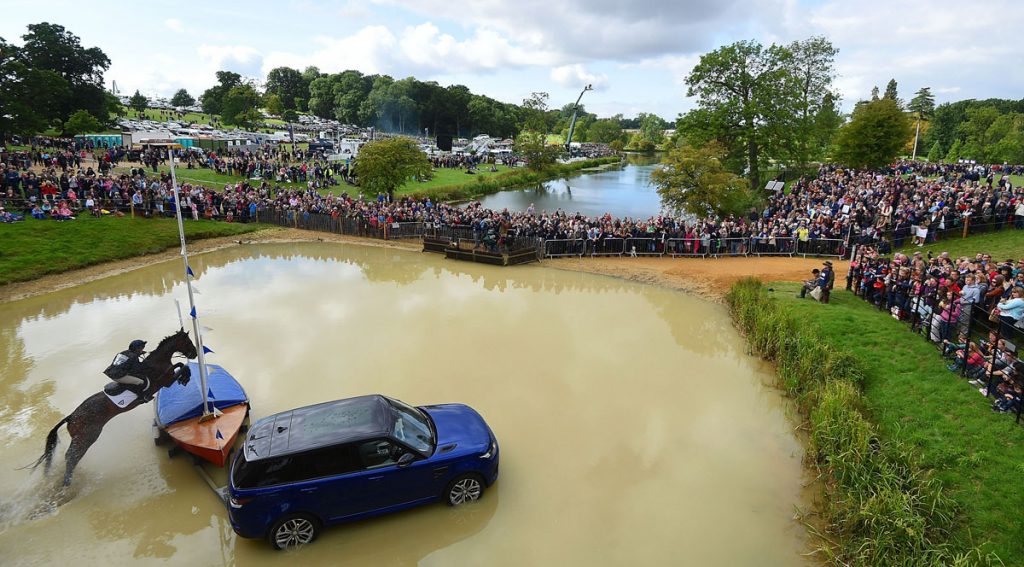 The arrival of the month of September means many things to many people. For some, it means gearing up for the winter – National Hunt trainers are welcoming the winter jumpers back in and hunters are busy pounding the tarmac. For others, it means it’s time to think about slowing down.

The eventing juggernaut however, shows no signs of easing up just yet. Osberton, Pau and Le Lion D’Angers are just some of the big Autumn events to look forward to, but next on the whistlestop tour of the world is the incomparable Burghley Horse Trials. Running from the 1st-4th of September and boasting a world class start list, this year’s event will be a thrilling spectacle for all to behold.

Set in rolling parkland in Stamford, Burghley is thought to be the biggest of the world’s six four star competitions. Requiring bold and accurate jumping and a relentless gallop from flag fall, the cross country course for the 2016 renewal will be the usual serious test of horse and rider. Video footage released this week sees Captain Mark Phillips’ course running in reverse, with the Lion Bridge water combination early on the course and the troublesome Land Rover Discovery Valley and Leaf Pit drop coming towards the end. Beautifully built and presented as always, the course looks truly magnificent.

The start list for this prestigious event reads like a roll call of who’s who at the upper levels of the sport of eventing. New Zealand rider Jock Paget reroutes to Burghley from the Rio Olympics with Clifton Lush, where he was forced to withdraw due to the horse sustaining an injury in his stable. His compatriot Andrew Nicholson is treble handed, with Jet Set, Nereo and Quanza. Husband and wife duo Tim and Jonelle Price will be showing off their Olympic Suntans and Sir Mark Todd is also set to attend.

The Irish are well represented. Top international and Olympic riders Joseph Murphy, Mark Kyle, Michael Ryan, Aoife Clark and Austin O’Connor all have their eyes on the prize. Tony Kennedy and Alan Nolan will also compete.

The British field a strong entry, with Pippa Funnell riding the lovely Second Supreme. She will be hoping for a successful event, after a very difficult and testing time in Rio. Crowd favourite Ben Hobday is double handed with his 4* Clydesdale cross Mulry’s Error and also his lovely young horse Ramilo.

Oliver Townend, Kristina Cook and Izzy Taylor will be riding to win, though Zara Tindall has unfortunately had to withdraw her London Olympic ride, High Kingdom. Hopefully Zara’s luck will take an upturn soon enough. A noteable 4* first timer at the event is Lissa Green, daughter of the eventing legend Lucinda. Lissa has been building a solid partnership with her horse Malin Head Clover, who is one of the smallest horses in the field at just 15.2hh.

The French eventers are on the crest of a wave following team gold and individual silver at the Rio Olympics and they hold seven entries. The Australians hold ten entries, including two for the superhuman Shane Rose, who this time last year had suffered horrific injuries in a fall and was fighting for his life in hospital. Sam Griffiths finished fourth individually at the Rio Olympics aboard Paulank Brockagh and he rides his stable stalwart Happy Times at Burghley. Andrew Hoy will be hoping to stay aboard on the cross country and few people would bet against Christopher Burton putting in a big finish during his current purple patch of form.

The shopping opportunities at Burghley are truly exceptional and there will be something for everyone on offer over the four days of competition. The event is within an hour of East Midlands airport, with excellent transport routes and plentiful accommodation options. Tickets are currently on sale and all information can be found on the website www.burghley-horse.co.uk.

For anyone wanting to watch Burghley on line, all cross country rounds, dressage tests and showjumping rounds are available to watch in full on Burghley.tv. The BBC usually have coverage on the red button and on television on the final day. All that’s left for you to do is enjoy!