Cooley Rorkes Drift announced himself in no uncertain terms at the start of 2015 when winning the Aldon International in March. He beat his stable mate Double Dutch V into third and the mighty Avebury – with the great eventing God Andrew Nicholson aboard – into fourth. He went on to finish eighth at Tattersalls, third in the very competitive 8/9 year old class at Blenheim and eighth at Boekelo. That particular event was very special, as Jonty and Cooley Rorkes Drift were a part of the winning Irish Nations Cup team. This fairytale season was capped off perfectly when Jonty was announced as part of the Irish squad for the Rio Olympics.

Jonty grew up in Wales and now lives in the picturesque Cotswolds with his wife Jane and his two children Amelia and Charlie.

He learned his craft with arguably the greatest event rider in the world – the aforementioned Andrew Nicholson. Jonty has twice represented Ireland at the European Championships and has also jumped clear around Badminton.

An avid rugby fan, he finds himself conflicted when Wales play Ireland, but he suffers no such difficulty when it comes to his own allegiance to the Irish eventing squad. The Irish team winning the nations cup at Boekelo in 2015 was a clear example of the strength and quality of the horses and riders Ireland has coming of age, but it was also a huge morale boost at exactly the right time ahead of Rio, and immediately after a disastrous European Championships at Blair.

Very uncharacteristic falls on the cross country for Joseph Murphy, Austin O’Connor and Padraig McCarthy left the Irish team without a finishing score. Weather conditions were atrocious but team morale was at an all-time high, and two good dressage days got things off to the perfect start.

No one could have predicted such carnage on the cross country, especially from the Irish riders-known to be amongst the best in the business at cross country riding. Strong individual finishes from Sam Watson, Camilla Speirs and Micheal Ryan did salvage the situation somewhat, and Boekelo proved the perfect compensation for the ever-strengthening Irish.

“The whole squad is really starting to gel now. At Boekelo, we finally felt like a proper team and Ireland really deserved that win. Blair was just terrible – the team was so incredibly unlucky, so Boekelo was the perfect reward for the riders, the horses, for our outstanding management team and for our supporters.” said Jonty. 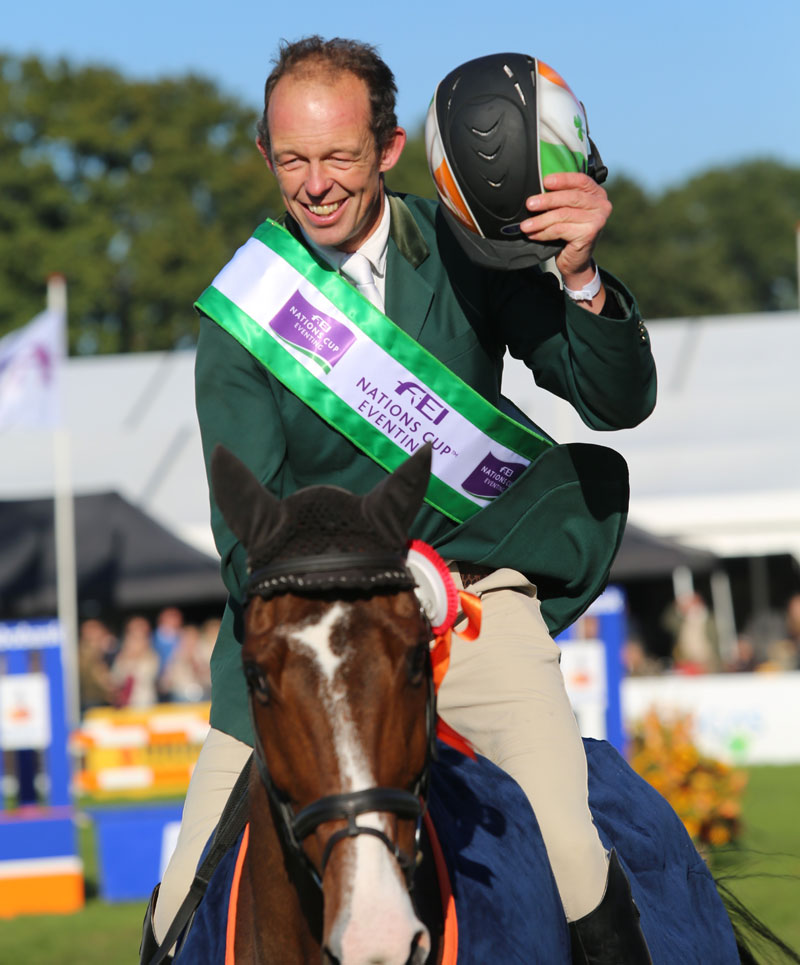 So what of Jonty’s much admired horse? A graduate of the powerful Cooley Farms – one of the leading producers of event horses worldwide – Cooley Rorkes Drift was purchased in Ireland as a four-year-old at the then – amalgamated Monart/Going For Gold sale, by his owners Ann Nobbs and Fiona Elliot. Fiona evented him as a five-year-old before falling pregnant and handing the reins to Jonty. They haven’t looked back since.

I asked Jonty what it is about this lovely bay gelding that makes him so special?

” His brain. He has the most incredible brain. He loves an audience, he loves to work and he is easy to train. He finds jumping easy and he is very good technically. He perhaps didn’t have the most extravagant trot to begin with, but he is improving all the time. He’s a very intelligent horse and he knows exactly what’s happening-when he’s going to the field, when he’s going to work or travel. He is also good at relaxing. He’s a pretty straightforward horse.”

It is obvious listening to Jonty talking about Cooley Rorkes Drift that he has great respect and affection for his equine partner. All roads now lead to Rio and team training is well underway. Nick Turner – the Irish Eventing high performance manager – is in danger of being spoiled for choice with so many combinations starting to show such excellent form ahead of the Olympics. Jonty’s plan for 2016 will hopefully take in Fontainbleu, Belton and Tattersalls, amongst others. If this year’s campaign is anything like last season, an aeroplane ticket looks very possible.

“I think he will cope fine with flying. He is quite easygoing and he is an experienced traveller so I don’t think it will be a problem. I look forward to the final day. There is no other horse I would rather be sat on facing two rounds of show jumping in a pressure situation-the greater the pressure, the more the horse will perform. I have had other decent horses in the past, but none like this one. He makes me feel like I can do this.” 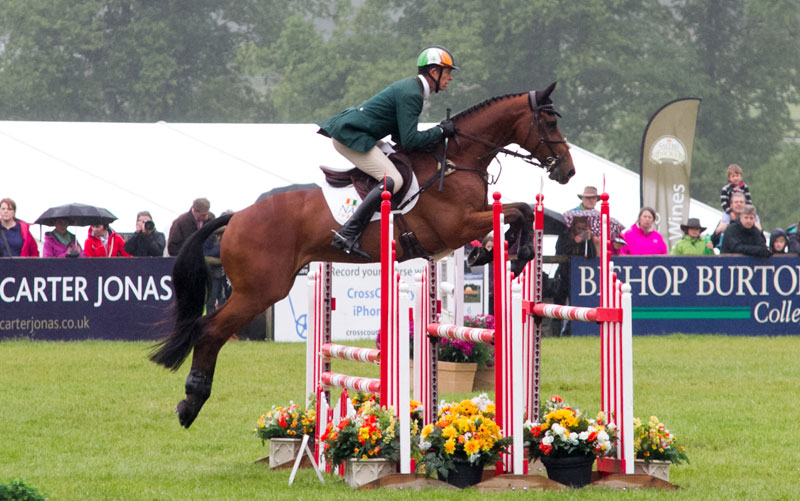 Alongside Cooley Rorkes Drift’s Olympic preparation, Jonty has a string of other horses to event. He is particularly excited about ‘A Chance Affair’. A seven-year-old by Brief Encounter, he is owned by Lady Vestey and Lady Raey. Last season saw him win no less than four times and enjoy a host of other placings. Jonty hopes to aim him for the young horse world championships in France this Autumn. In a quiet corner of the Cotswolds, amazing things are starting to take shape…….