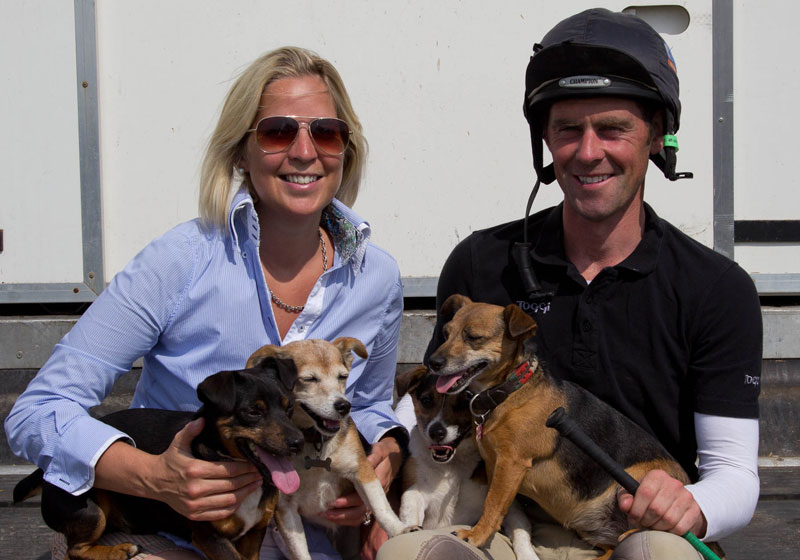 Born in the middle of Ireland in the town of Mullingar, Co Westmeath, Joseph and his identical twin brother – Ciaran – were given boots as one of their first presents…football boots!!!

The Murphy clan hail from a strong GAA football background and all of Joseph’s 5 brothers played for county teams, as did the twins. It was not until their late teens that the two boys swapped their football boots to riding boots, mucking out stables in return for lessons with neighbour and Master of the Westmeath Fox Hounds, Clarissa Croll.

Joseph now he lives in Co Down in Northern Ireland with his wife Jill and their 5 terriers. From here they run a professional event yard, on the shorelines of the picturesque Strangford Lough.

Joseph has a lovely string of horses, from pre novice to advanced level and his positive attitude, professional attitude and his willingness to help fellow riders ensure that he is one of the most popular and successful riders on the circuit.

Joseph was Eventing Ireland’s leading rider in 2013, 2014 and again in 2015 and as one of Team Ireland’s High Performance Squad members, Joseph has represented Ireland at numerous international events including Badminton, Luhmuehlen and Pau CCI****. He has also represented Ireland at European and World Championships and the London Olympics 2012, where he was the highest placed Irish rider.

Joseph’s motto in life is ‘surrounds yourself with positive thoughts and people!!’ and we’re looking forward to benefiting from his positivity as we read his eventing insights.