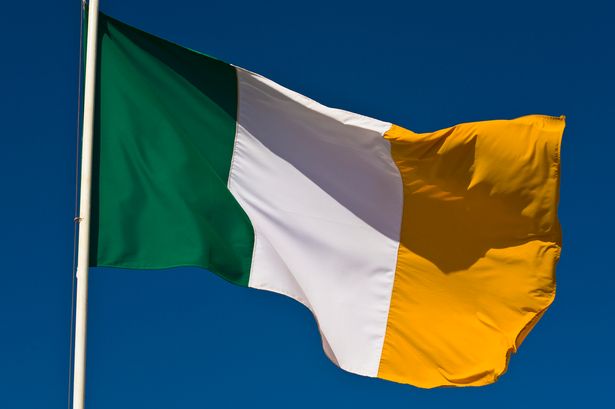 Irish equestrianism at the Rio Olympics has been a rather roller coaster ride from start to end. From the ‘controversial’ selection of Greg Broderick for the individual showjumping place available through to the unexpected eventing team results, this Olympic Games has sparked debate in Ireland like no other.

Yesterday I stumbled upon an article written by a well-known Irish equestrian journalist. His writing sparked outrage amongst riders and supporters alike, detailing the great disappointment and underachievement of all of our riders in Rio – with the exception of dressage rider Judy Reynolds, whose exceptional performance qualified her for the individual dressage finals. Worded from a very negative angle, it seemed to imply that the Irish had gone to Rio and not bothered to try and that their separate and collective misfortune was almost engineered by their own deliberate actions.

The Greg Broderick debacle has been exhaustively examined. For me personally, Greg gave the performance of a lifetime on Tuesday. Like so many other horses in the competition, Going Global had a toe on the tape at the water and also had time faults.

I am not sure why the water caused so much trouble for so many seasoned top class horses and riders. These combinations are all used to jumping water fences, and generally do so without incident at shows all over the world. The time on the course was crucifying and many leading partnerships fell foul.

However, I believe this should provide some context as to just how good the performance from Greg and Going Global actually was. Testing a horse’s speed against how careful he is can be both thrilling and difficult to watch and the competition so far has been testing in the extreme. Going Global had solid top form going to Rio – he jumped beautifully in his second round and I wouldn’t bet against this duo in four years time at the Tokyo games.

The event team of Jonty Evans, Clare Abbott, Padraig McCarthy and Mark Kyle went to Rio on the back of some exceptional results and a big overall step forward in the entire Irish High Performance module. The fruits of their labour was evident as they all performed admirably in the dressage arena – an area we are practically famous for being poor at.

Of course, we are also famous for being brilliant cross country riders. The London Olympics ran almost exactly true to predictions and the cross country course there made it so. Seen by many as a strong 2* built with the aim of getting the lesser nations home whilst keeping the big guns on their toes, it did its job beautifully.

Rio however, was a different story. By far the strongest championship course ever presented in the modern era, it claimed scalps left and right. World champion Sandra Auffarth crashed out of contention early on. William Fox-Pitt had a steering malfunction. Shane Rose didn’t get home. Some 60% of the field failed to complete without jumping faults. It was difficult yet compelling viewing.

I confess that I initially thought that the course was too strong and unfair, but I did somewhat revise my opinion on the final day. The majority of horses that came forward to showjump were fresh, well and performed superbly. It is therefore hard to argue that course designer Pierre Michelet got it wrong at all. Perhaps this was a real and proper Olympic challenge.

So, as with the showjumping, let’s put the eventing competition into context. When the current world Champion – along with many other top class 4* and championship level riders – found herself coming home with refusals and time faults, it becomes clear that, actually, our performance across the country wasn’t off the pace at all.

Padraig’s fall was disappointing, but that’s cross country riding. It just happens. Mark Kyle had a dream ride apart from one early glance off because his mare Jemilla ballooned into a combination and couldn’t make the distance. Jonty Evans was imperious. Clare Abbott was on a very reliable horse and it just didn’t go her way on the day. The final day of showjumping saw all of the Irish riders turn in beautiful performances.

So to summarise. We were shit out of luck in both the showjumping and the eventing competitions. Our riders threw everything they had at the Rio Olympics and they all showed their true class. Whilst they are no doubt disappointed at how things panned out, I defy anyone to think that they weren’t well prepared, that they weren’t the right people and horses for the job in hand and that they didn’t give their hearts and souls to the Rio Olympics.

To accuse these people and their horses of being ‘disappointing’ is just unacceptable. You simply must employ context. There is a lack of overall understanding at how rare it is to have horses and riders of the right age and experience, peaking at the right time and able to return a solid championship result in any Olympic year. Our riders will keep improving, they will continue to amass experience and ability and one day – in the very near future – we will achieve the results we so richly deserve. The Irish are coming, doubt it not.

It is my dearest wish that the aforementioned journalist is forced to eat his words at the Tokyo Olympics in 2020.