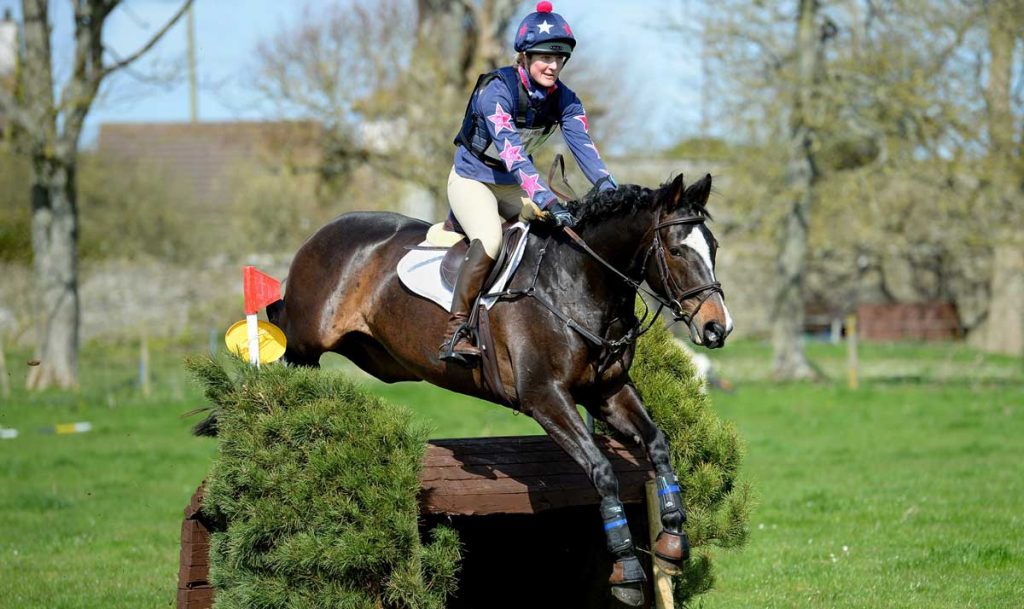 Where did March go?

I can’t believe that it’s nearly 6 weeks since I last blogged and a lot has happened…the eventing season is truly in full swing.

Having navigated some dressage tests and rounds of jumping at Coilog in less than ideal weather, it was time to go cross country schooling in March. Eventing Ireland (with huge input from Luke Drea) put on a fantastic Grassroots training weekend in early March at Spruce Lodge, where there was a day of theory followed up by a day of practicals.  The practical day started out with flatwork and grids with Sarah Ennis who put us through a number of different exercises working on our positions for XC. This was followed up by heading straight out to the XC arena at Spruce for XC jumping with Ciaran Glynn where he echoed everything Sarah had told us (feet on the dashboard, hands low, look up and release the reins). It was a super weekend and I would definitely recommend that folks try to attend one when they are hosted again.

A week later, it was the annual visit to the Louth Hunter trials held at Tattersalls and feeling very smug to have got bib number 2….the only problem about going so early is that everyone is watching you! So no pressure! Thankfully Heidi cruised about and it was good to get a run on a full XC course before we headed to Tyrella 1 the following week.

Then it was the Tyrella countdown! Within 1 week, we managed a dressage lesson, a jump lesson, a trip to the gallops in the snow (pretty yes, but oh so cold and miserable), by the time Tyrella came around, I think Heidi was quite relieved to be actually going to an event.

If Carlsberg did Eventing, it would have been Tyrella 1! The sun was out and it was very much costa del Tyrella. Heidi did a nice dressage test, a few things could have been sharper / tighter but I was bit disappointed in our mark. However, the poor dressage mark was forgotten about after a super double clear! Not a bad way to start the season.

A weeks break from eventing, where we explored the dark side of show jumping which resulted in some more shiny SJI points and we were back eventing, this time in Lisgarvan.  Often I am at events by myself and meet others there who will give me a hand in the warmup, but at Lisgarvan I had an ‘army” of grooms to help me. My friend Natalie from work was volunteering for the day and she managed to get lots of videos of my dressage and xc for me and my wonderful manager from work came to support me with her daughter Grace. It was great to have so much help on the day and Grace was able to practice on Heidi for her upcoming D&D+ tests.

We did a nice dressage and the judge thankfully also agreed and again this was followed up with another nice double clear in the SJ & XC.

So, the entry was made and the sickening feeling in the bottom of the stomach began, was I making the right decision, will it go ok, what happens if I ruin her confidence all begin to play in the head as the week went on.

So the day arrives and thankfully I need not have worried, Heidi was a star! We had one down jumping (entirely my own fault) and she was super cross country, taking it all in her stride and we cruised around for a nice steady clear. So mission accomplished and we are both back safe and confidence in 1 piece. After the XC I went down to the beach at Tyrella and despite just jumping around the 1 star track, Heidi was not going anywhere near the pony eating waves!

Heidi will have an easier couple of weeks which will include some dressage, jumping and xc schooling before we head to the new event at Punchestown as I get going on my homebred mare Dora! As I had been busy with work and house renovations (never again), Sarah (Ennis) kindly took Dora on to get her out eventing for me and I have big shoes to fill as she has 100% strike rate, 2 double clears from 2 events and a 3rd in one! No pressure then as I head to the Try Eventing in Lisgarvan this weekend