Joseph Murphy is a man on a mission. His journey from GAA mad teenager to Olympian has been the perfect melting pot of planning, opportunity and sheer hard work. With an innate ability to spot top class potential in a horse and an accurate and forward riding style, Joseph has built himself a solid string of top flight horses which he has mostly produced through the grades himself. With one eye firmly on a place at the Rio Olympics, Joseph is only moving in one direction – up.

The Mullingar native made the switch to horses from a budding county level Gaelic football career and riding lessons with Westmeath Hunt MFH Clarissa Croll gave him the taste of his future. Josepy was hunting-mad and was always on the lookout for a catch ride, as was his identical twin Ciaran.

In due course he met Danish international eventer Dot Love and it was here that Joseph experienced his first taste of the adrenaline buzz that is eventing. Based at Charlestown House for twelve years, he regularly hunted, evented and also rode in point to points where he developed his extraordinary ability to judge pace and distance and an eye for a stride.

Now based in County Down with his wife Jill, Joseph is a regular on both the Irish and British eventing circuits. A Horse Sport Ireland level two coach, Joseph juggles competing a string of around ten horses with an active teaching schedule, where he trains riders of all levels both privately or through his immensely popular clinics.

Over the last ten years, Joseph has carefully produced an enviable team of top 3 and 4* horses capable of contesting any championship. These include Sportsfield Othello (owned by Jill Murphy, Alison Schmutz and Andrew Tinkler), Electric Cruise (owned by Noel Good, Annette O’Callaghan, Michelle Nelson and Jill Murphy), DHI Top Story (owned by Suzanne Finlay) and Westwinds Hercules (owned by Alison Schmutz and Andrew Tinkler). During this time, Joseph has recorded many wins and placings at 3* level and has been consistently competitive at 4* level on a variety of horses. In late 2015, Schmutz and Tinkler teamed up again at the Goresbridge Going For Gold sale to add the 3* mare Gorsehill Pearl (main image above) to Joseph’s top string of horses. An exciting development for both Team Murphy and Team Ireland Equestrian. 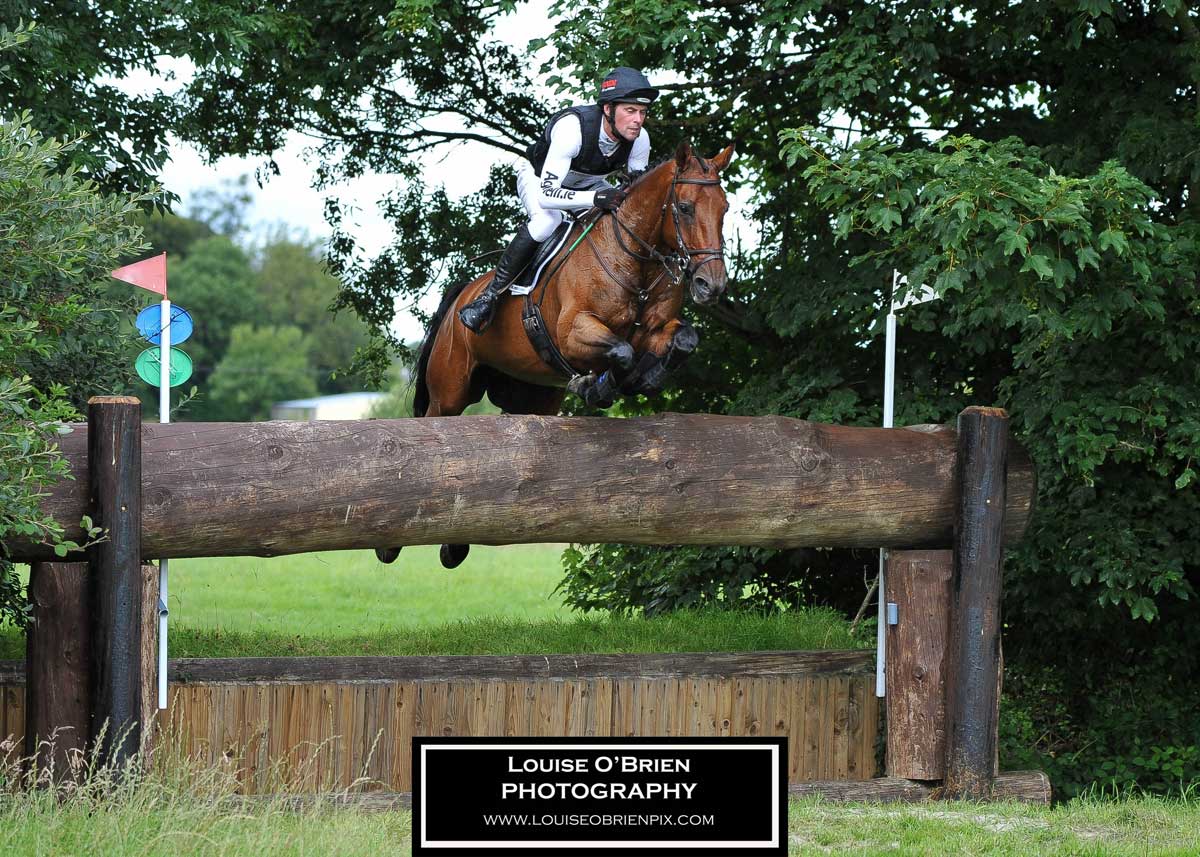 Joseph competing at Kilguilkey ODE in 2015 with Sportsfield Othello

Not content with simply carving out dreams of his own, Joseph has also been creating opportunities for others in the sport. He has played an integral part in the careers of several top horses – namely Robo Paddy (later renamed William Penn), Paulank Brockagh, Fenyas Elegance and Over The Vee (later renamed Mighty Nice).Robo Paddy(then owned by Cormac McKay) was eventually sold to American rider Phillip Dutton and went on to win the Professional Riders Organisation Tour Series of America in 2011. Paulank Brockagh (then owned by Paula Cullen) won a particularly tough Badminton 4* in 2014 with Australian rider Sam Griffiths. Fenyas Elegance (owned by PJ Hegarty) won both Bramham and Blenheim, before going on to compete at the World Equestrian Games in 2014 with Aoife Clark. Over The Vee (then owned by June Burgess) finished 11th at the World Young Horse Eventing Championships with Joseph. The horse is now with Phillip Dutton, and may possibly be his Olympic ride for the Rio Olympics. Other successful graduates include the mare Ringfort RaRa Ruby (Owned by Diane Harron Eakin) and Euro Jackpot (owned by Neville and Maureen Brown).

In 2012, Joseph achieved a goal that every athlete dreams of and was selected for the Olympic Games. Consistency is a key factor in Joseph’s success and when Electric Cruise posted a superb performance at Tattersalls to finish 6th and enjoyed a steady double clear at Barbury, their place at the ultimate sporting event was secured and the London Olympics beckoned.

A 55.6 dressage mark left Joseph and Electric Cruise a little way off the pace, but top flight Championships are rarely a dressage competition and thus it proved. A slick clear across the country moved them up the leader board, but it was the final day that really sorted the wheat from the chaff. Two rounds of show jumping – one for team placings and one for individual honours-proved the undoing of several top combinations, but Joseph and Electric Cruise put in a stunning performance and completed with one of only a few double clear rounds. They finished best of the Irish and in 14th position. This remarkable combination were also selected for the Irish squad for the European Championships at Malmo in 2013 and the World Equestrian Games at Normandy in 2014. Proving that he is no one horse wonder, Joseph achieved a place on the Irish team for the European Championships at Blair in 2015 aboard Sportsfield Othello. Unfortunately Blair did not go the way of the Irish, but the squad quickly redeemed themselves later that season when they went on to claim Ireland’s first ever eventing nations cup win in Boekelo.

Joseph has an enviable string of top horses for the 2016 season. Westwinds Hercules and Sportsfield Othello are both on the Irish High Performance training squad for the Rio Olympics. I asked Joseph which horse he would ideally like to take, should he be selected for Rio:

“Westwinds Hercules. He is seriously consistent and also a great age at 11. I don’t think it will be a dressage competition out there and Hercules has a very good cross country record. He is a reliable showjumper which I think is going to be very important on the final day”. 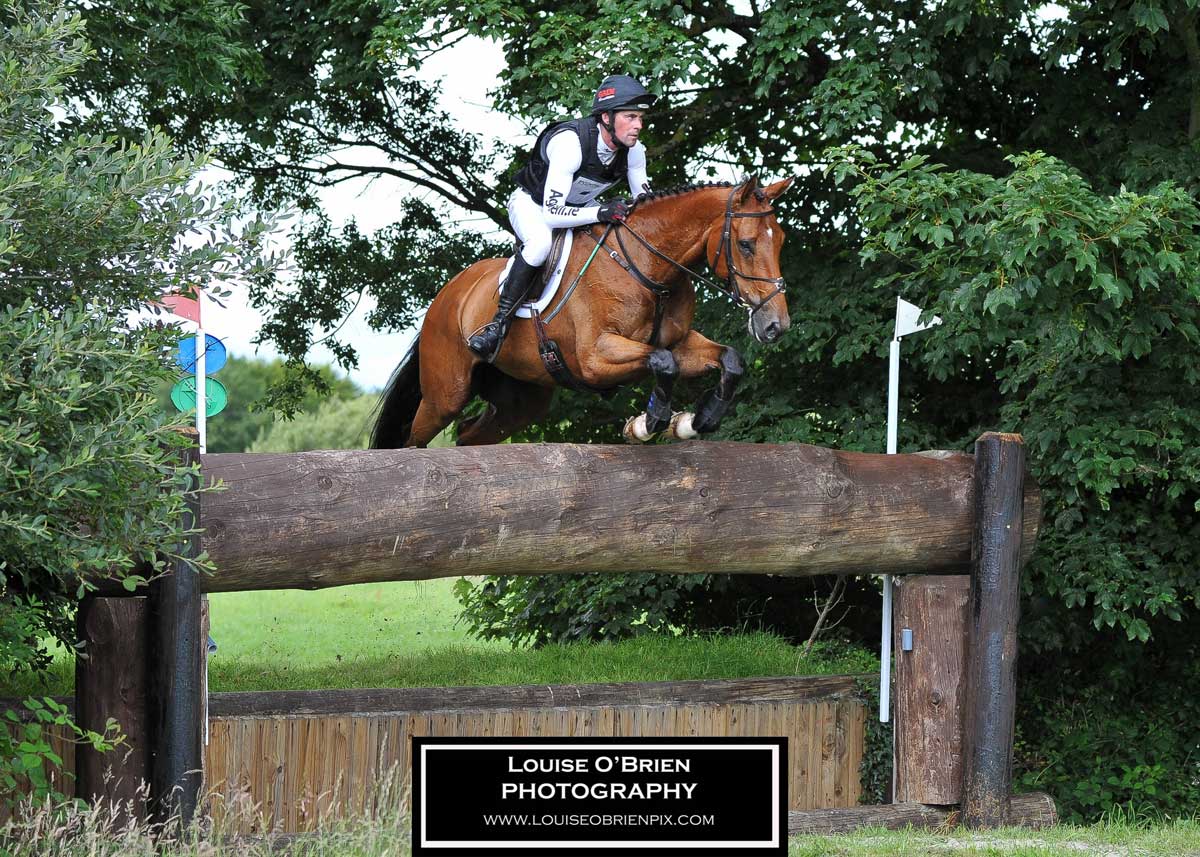 Joseph competing at Kilguilkey ODE in 2015 with Westwinds Hercules

The Irish High Performance team is beginning to produce some very consistent results from its members. Structured along similar lines to the all-conquering German and British support squads, Joseph feels that the riders have more confidence in the system now and that as a nation, the Irish are making great progress in being competitive at the top levels.

“It takes consistency to win medals. Looking towards Rio with the right mix of horses and riders, I feel we can certainly achieve this”.

When you look back along Joseph’s competition record, it has been the most perfect upward trajectory. Joseph has ridden many exceptional horses, but which ones stand out the most for him?

“Electric Cruise is special to all of those who have been involved with him. He is a real character, very cheeky and although I have had many highs and lows with him, ‘Sparky’ has taken me to my first Badminton, my first Europeans, my first WEG and my first Nations Cup appearance in Aachen. The most special event with him was London 2012 ,where he was outstanding – especially in the final jumping phases when he jumped one of very few double clear rounds. He is back in work after a minor injury on the run up to Pau last year. It’s great to have him back as he brightens up the entire yard – he is the BOSS!! He was so close to a win at Pau 4 star in 2014 but unfortunately he did not get to show jump when he was lying in 2nd place. I firmly believe there is a big win him in him yet to come. Othello has always been the underdog but he has won at CIC 3 star and CCI 3 star level, and has completed 6 four stars including Badminton three times, Pau twice and  Luhmuhlen once”.

With a bunch of superb horses to compete this season – “All of my horses excite me, if they don’t then I tend to sell them on” – it looks like the Murphy melting pot has again delivered at just the right time. Joseph has many sponsors who make it possible for him to keep competing at the highest levels. These include Mervue Laboratories, briovet.com, Agnelli Motor Park, Gain Horse Feeds, Botanical International, Champion, Bucas, Herbst Machinery LTD, Hillview Animal Bedding, Tredstep Ireland, Waterboy, Barclay Communications, FreeJump, Toggi, Berney Bros Saddlery, Dubarry, Cambox Isis and Lloyds Insurance.

For a bit of fun, I asked Joseph a number of either/or questions-some of his answers might surprise you!

6) Ferrari or Oakley? Oakley-especially today as I just got a sparkly new one!!!!

10) Badminton or Luhmuhlen? Badminton has a special atmosphere but I’m very fond of Luhmuhlen as it was the venue of my first ever championship.

Everyone at HorsePlay.ie would like to wish Joseph every success in 2016!

Photography with thanks to Louise O’Brien Photography.